The Greatest (and Goriest) Industrial Film Ever (Video)

In the greatest industrial film of all time, Klaus the Forklift Operator cuts off the hands of one co-worker, decapitates another, drops a knife on the head of a third, impales two and slices another in half. Twice. Oh, it's in German. It takes a while for the plot to get going, but once it does, the blood and safety tips flow like a river: download mpeg video, 17 megs, or youtube it.

animehell
Posted by Unknown at 11:30 AM 3 comments: 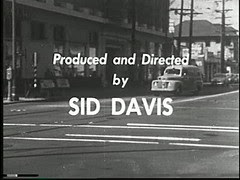 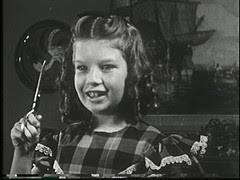 LOS ANGELES (AP) - Sid Davis, who produced more than 180 educational films warning youngsters of the dangers of drugs, drinking and running with scissors, has died. He was 90.

From the 1950s into the early 1970s, Davis created cautionary short films that were screened in classrooms. With titles such as ``The Bottle and the Throttle'' and ``Seduction of the Innocent,'' they warned kids away from underage drinking, drug abuse, vandalism and dropping out of school.

One 1972 short tells the tale of two teenagers who break up with their girlfriends, pick up prostitutes and get syphilis. In 1952's ``Skipper Learns a Lesson,'' a dog learns about tolerance when his white owner moves into a racially mixed neighborhood.

Davis, who was born in Chicago but moved to Los Angeles as a child, was inspired to produce movies when his 5-year-old daughter failed to understand his lecture on avoiding strangers, she said. His first effort was 1950's ``The Dangerous Stranger.''

Many of Davis's movies were made for $1,000, using friends and family as actors, said Ken Smith, author of ``Mental Hygiene: Better Living Through Classroom Films 1945-1970.''

``He grew up as a tough kid,'' Smith said. ``He didn't want kids to follow the same path he did or suffer the same harsh lesson.''

In ``Live and Learn,'' a young girl is cutting out paper dolls before jumping up, tripping and impaling herself on scissors. Other movies warned children away from underage drinking, drug abuse, vandalism, venereal disease and dropping out of school.

Davis was a movie set stand-in for John Wayne. The actor lent Davis the money to start a production company, later refusing his $5,000 repayment.

``Wayne tore up the check and said, 'Put it back in the business,''' Jill Davis said.

Stop Gavv and tell him how much you love AnimeHELL!

animehell
Posted by Unknown at 11:39 AM No comments:

For the guys at Otaku Generation here's the Corn Pone Flicks classic THE PHONE!

In celebration of Halloween, our very own Jeff "Rich Lather" Tatarek has been interviewed on the Otaku Generation podcast regarding just what the heck this Anime Hell nonsense is all about. The interview starts around the 29 minute mark and runs for about 45 minutes, though there are some points where there's some abrupt edits, such as during discussion of "Tokyo Breakfast" or "Daryl Surat." The AWO must exist in the shadows, after all.

Perhaps I should start learning how to use After Effects so that I, too, may try and be as cool as the Ohayocon shows. Then again, Hard Gay has been part of the Panel OF DOOM! for a while now, and now I've got friends who are Razor Ramon HG cosplayers themselves, so if he's the new face of Hell, I'm down with that. If Jeff wishes to dress as Hard Gay to go along with his vocal impression, he should remember: you have to shave your legs and stuff for authenticity's sake.

animehell
Posted by Daryl Surat at 11:34 AM 4 comments: