Gilles Poitras "Anime and Manga in Japan From 1960 to Today"

Interesting lecture on the very subject most people probably still don't know!
Posted by Chris Sobieniak at 1:12 AM No comments: 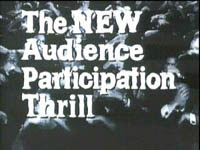 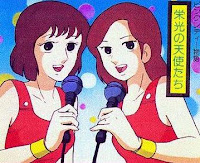 PREPARE your eyeballs for the coming of SPRING, and also JAPANESE ANIME HELL!!  I (Dave Merrill) will be presenting Anime Hell at ANIME BOSTON on Saturday March 26 at 10pm in a location yet to be determined - and Anime Hell returns to ANIME NORTH on Friday May 27, also at 10pm, in the ballroom in the Toronto Congress Centre North!  I'm looking forward to my first-ever visit to Anime Boston! Are you? 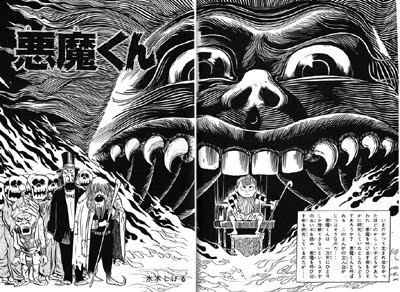 "The bulk of the film was made using nothing but laptops during a 7-week artist retreat on a small Caribbean island."

Dallas is seeing some rain! This has been a strange year.
Posted by Dr. Mila at 12:00 PM 1 comment:

Let's get this straight

It's come to my attention that there's a rumor going around we're not going to do any more Anime Hell shows in the future. This is not true.

Yes, it's true that Danno's sudden death kinda set us on our heels a bit. We weren't sure what was going to happen and that delayed our communication with A-Kon and Anime Fest, but we still plan on keeping the show going. I said just as much last year when I had to make the announcement that Danno had died.

Will there be rough spots? Of course. We are delayed but we are not down.

I'm disappointed that people who are not part of this would be spreading this sort of rumor and we're taking the appropriate steps to deal with it. In the meantime, the basic rule of thumb is if you don't see it on the blog, then it's not from us. We're down a cast member, but Katie and I will still do conventions until we have to use walkers or go blind (or everyone gets bored with it). The two of us will keep going because we're not going to let what Danno built here locally die like that.

In his memory, at the very least, the show continues.

Always nice to see Michael Lonsdale getting some work.
Posted by Dr. Mila at 7:36 PM No comments:

The second episode of CPF's Harlock overview series looks at a bad dub made even worse by additional tinkering. Remember, the barrel has no bottom.
Posted by Corn Pone Flicks at 2:59 PM 3 comments: