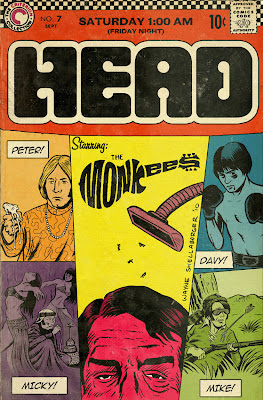 Davy Jones has left us.

Enjoy this rescore of HEAD and remember how cool he was.
Posted by Unknown at 8:44 PM 1 comment: 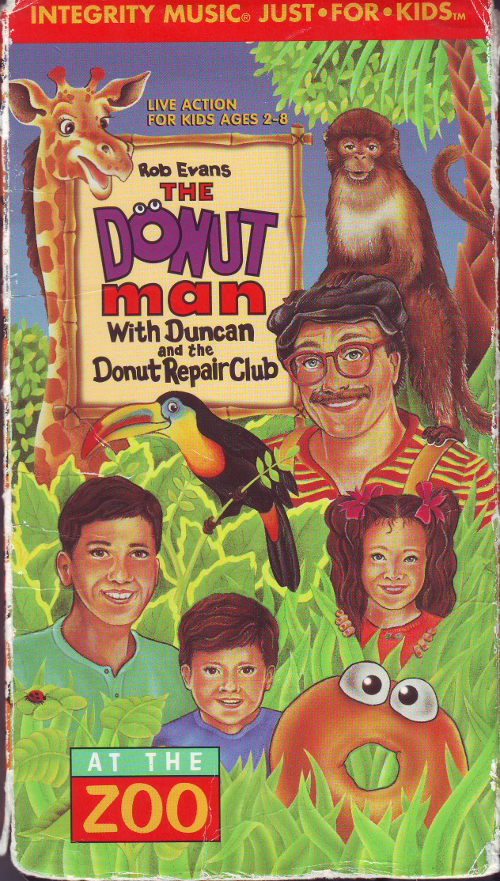 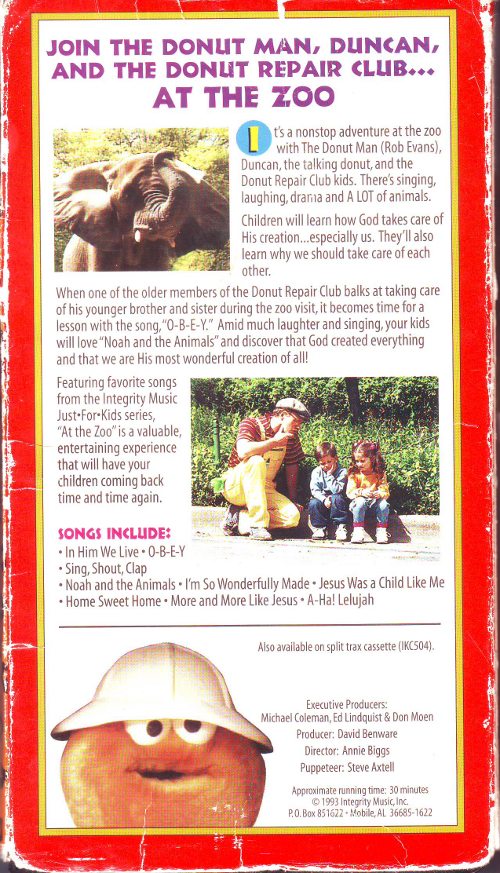 What the heck is a "Donut Repair Club?"
Posted by Unknown at 7:32 PM 4 comments:

VHS HELL: Jack and the Beanstalk 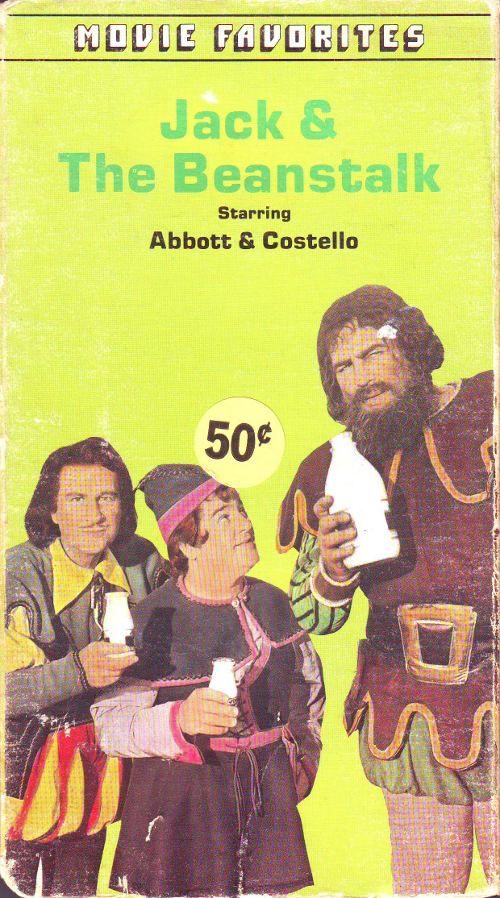 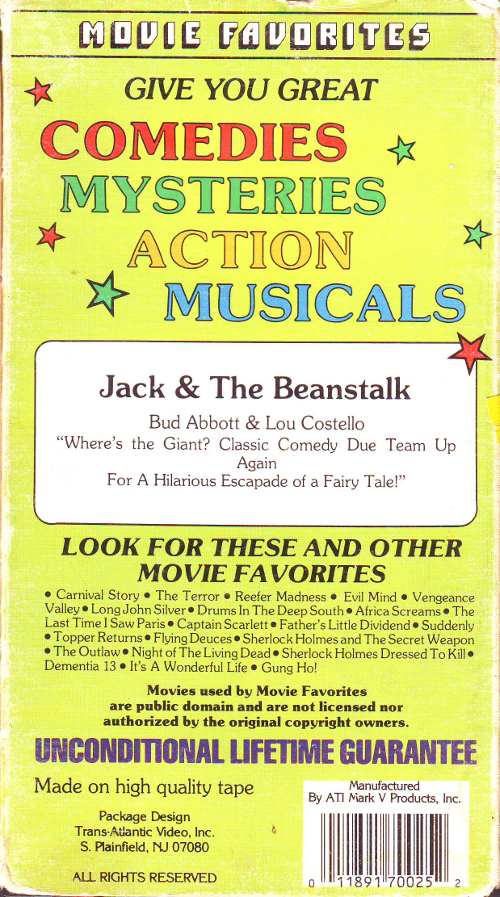 VHS HELL: The Simply Grand Quigley Band: A Fit About Fitting In 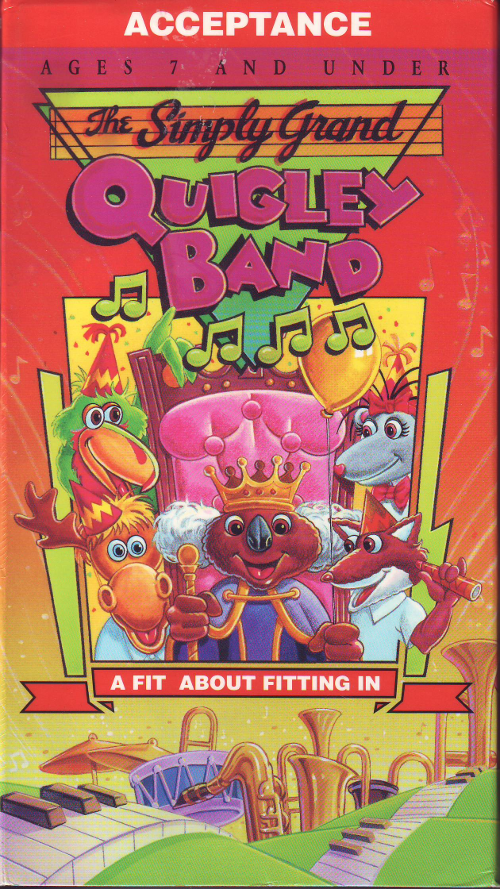 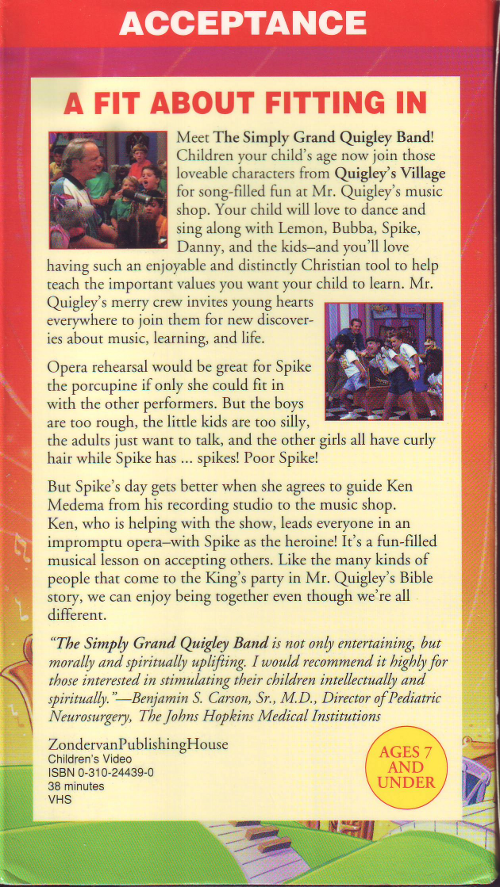 Let's Go To The Movies!


Go home!
Posted by Chris Sobieniak at 7:02 PM No comments: 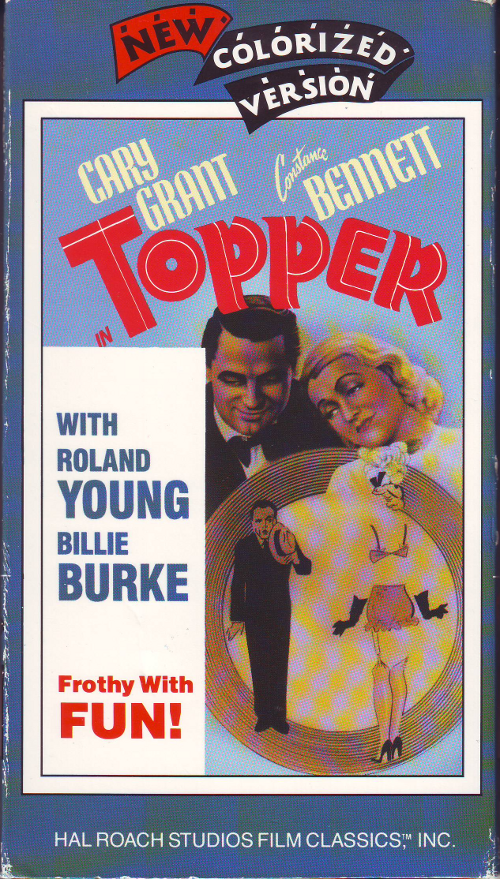 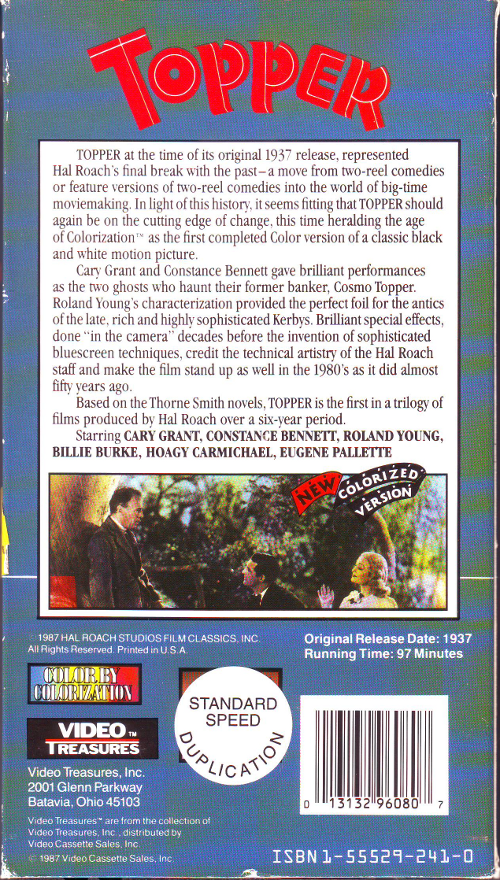 It's time for Public Domain Theatre! IN COLOUR!
Posted by Unknown at 4:03 PM 3 comments:

They've been doing this for years


A/V Geeks has a number of the Christian Moody Science Institute's movies online at the Internet Archive. If you enjoy these buy some straight from Skip!

BONUS: It's the "Study Guide" for The Newton's Workshop! 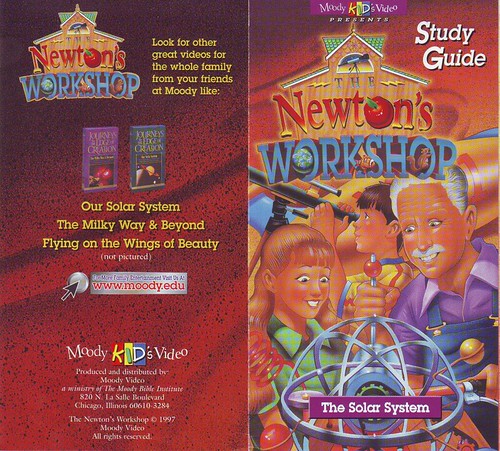 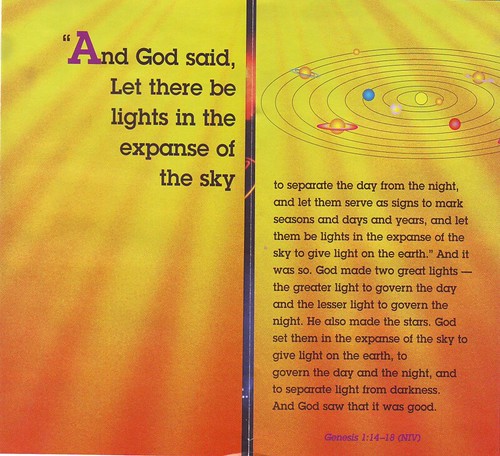 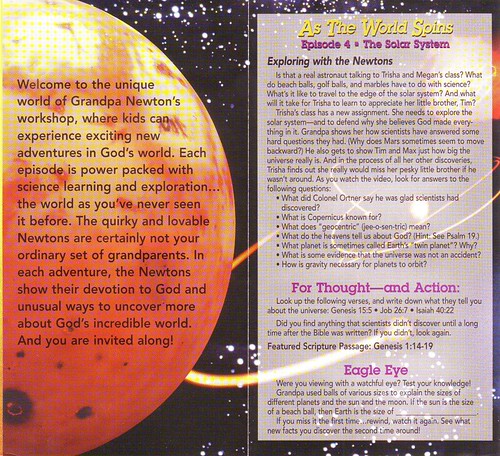 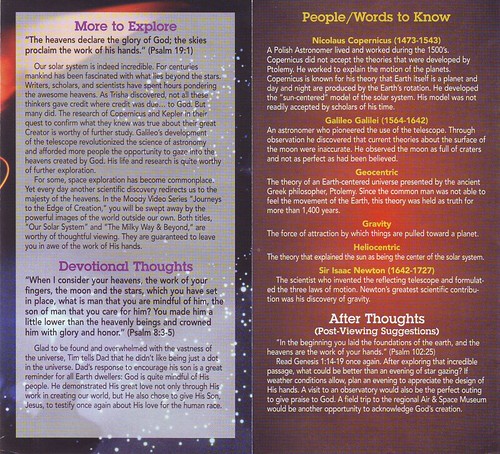 Posted by Unknown at 9:54 AM No comments:

VHS HELL: The Newton's Workshop: As The World Spins: The Solar System 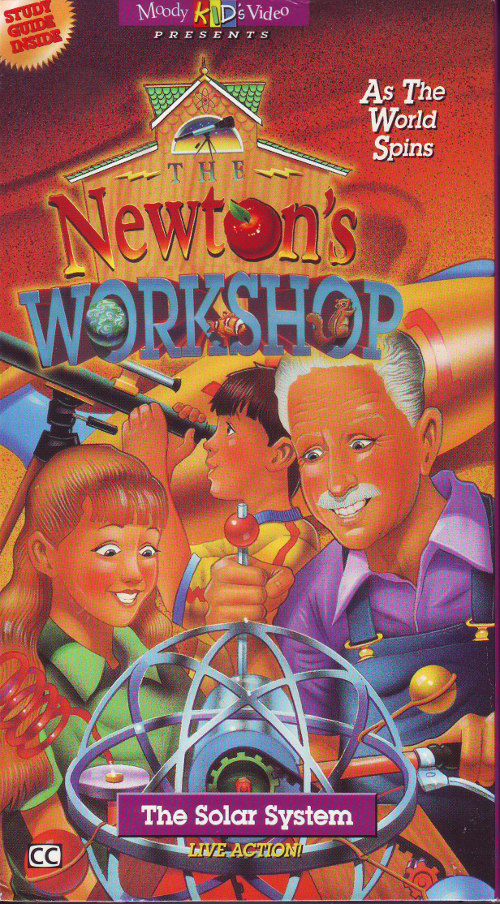 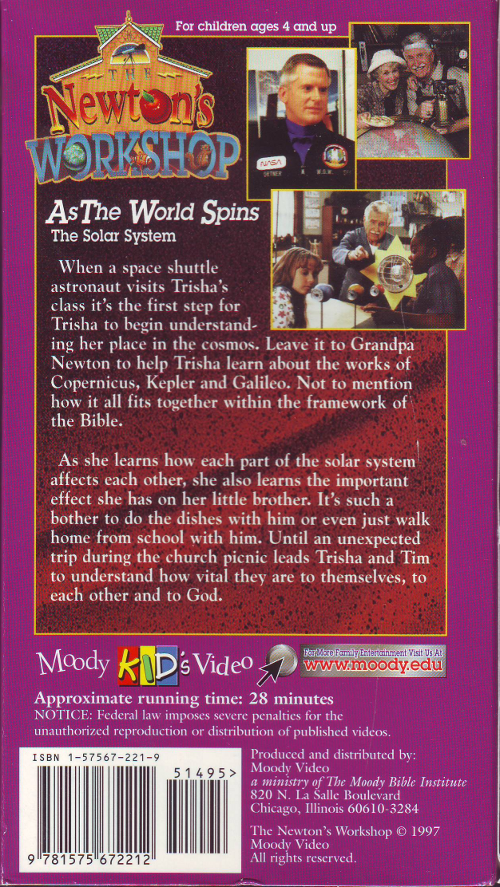 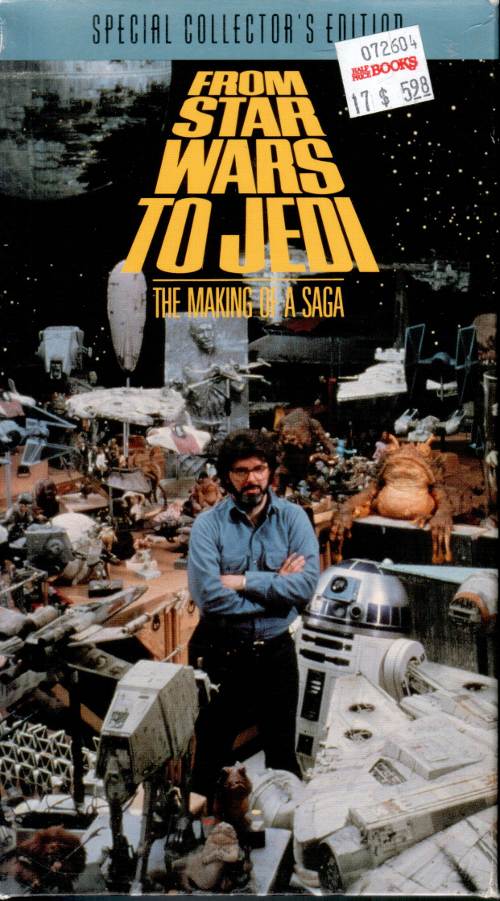 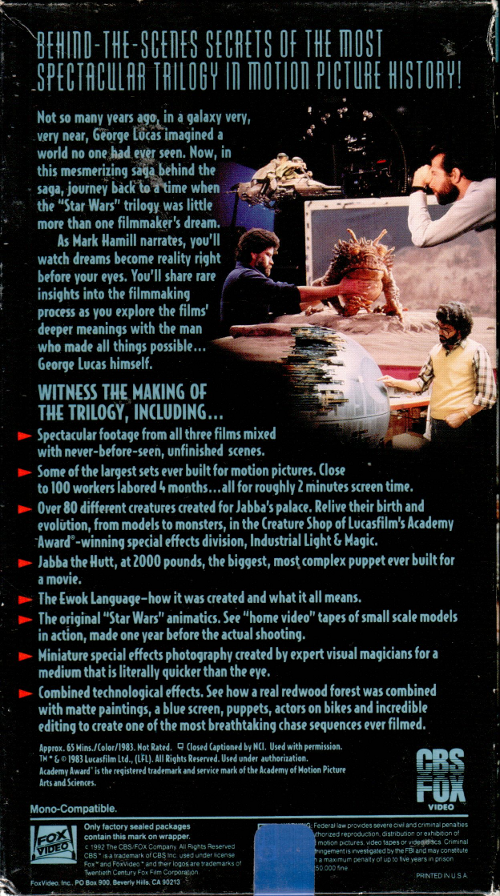 Fun Fact: This Star Wars documentary originally ran on PBS.
Posted by Unknown at 8:26 AM No comments:

The bits between The Ewok Adventure 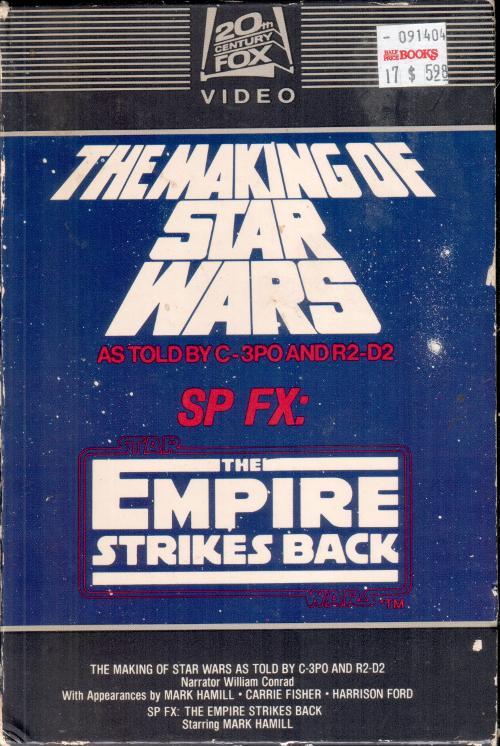 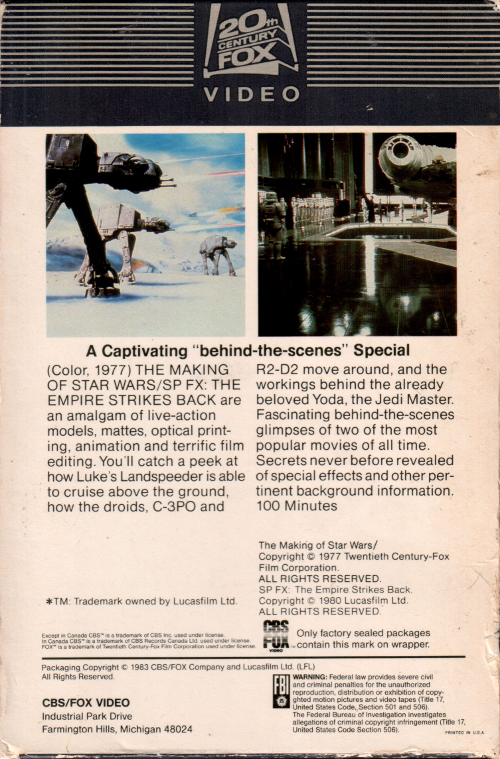 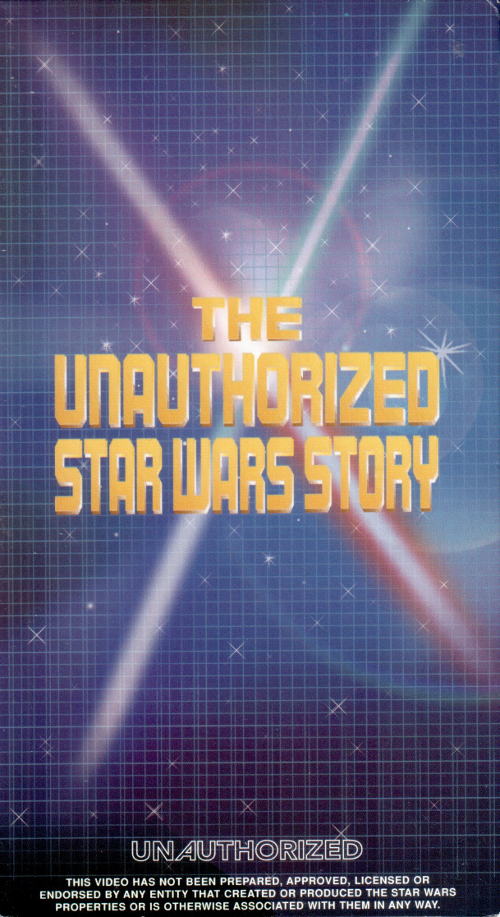 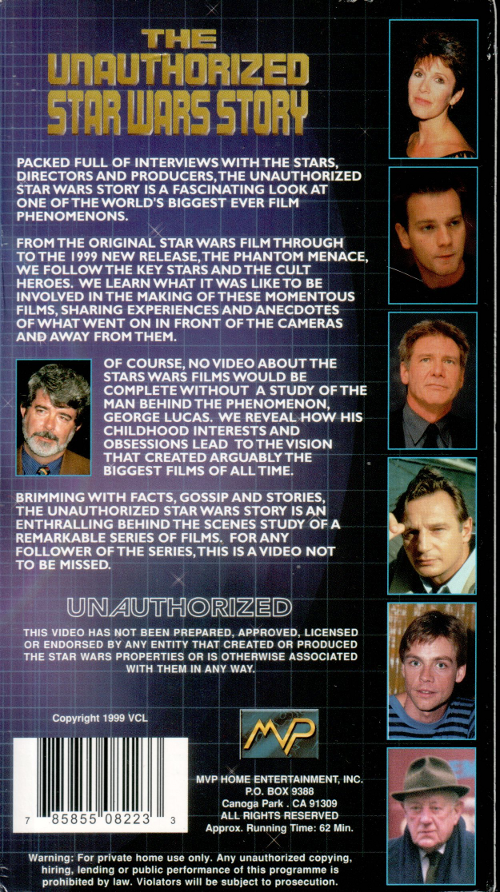 From the people who brought us Kitty Faces!

I should've posted this last weekend to coincide with the rehash of the double trilogy in 3D. (What format will Lucas exploit for the next re-re-release? Smell-O-Vision?)
Posted by Unknown at 6:42 PM 4 comments:

Unfortunately I can't embed this link, but check it out!
Posted by Chris Sobieniak at 12:02 PM 2 comments:

The New Start of the Good News

Danno and I got into a bit of a talk earlier this week about directors who don't respect their audience. I was mostly to blame for this, having gone on a Kubrick interest-binge, but we'll go more into that on a later post. What I am going to discuss now is Neon Genesis Evangelion.

Just for starters, I like the series and Danno doesn't. I'm not going to try to convince him he's wrong because, let's face it, if someone doesn't like something, they don't like it. We can still discuss it because honorable people are allowed to disagree; and, I can see where he's coming from on a lot of levels.

NGE is an oddity that's been imitated and spoofed multiple times. I don't know if it could be considered ground-breaking, but when it came out, I was enthralled.

My first viewings were terrible, fan-subbed Realplayer files, but there was still something going on there that I wanted to know more about. This may be part of why I liked the series versus the folks who don't; you weren't assailed with screechy voices that made already unaccessible characters instantly unlikable. And the people in NGE aren't really that likable to start with. Shinji isn't worth investing much in. Asuka was mean to everyone and Rei was just....there.

The music was a huge disappointment for me, having seen Akira and Macross Plus (both soundtracks I will still listen to, to this day). The animation was decent enough; at least you could tell what was going on, for the most part. The writing seemed pretty straightforward: kids in giant robots fighting monsters wish an undercurrent of political intrigue. There was even the annoyingly adorable character of Pen-Pen, who added zilch to the story. It was an anime, so what was the big deal?

I adored it. I consumed it in whatever format I could. I bought the box-set on VHS and scoured the Internet for music videos. I didn't even mind that first ending.

But, I was already caught up in an undercurrent that had run the length of the series. There was a hidden meaning to everything and I was determined to find out what it was. I knew it was there, but I didn't know what it was yet.

It started with the name Sandalphon.

Just so you know, the name Dr. Mila isn't just a stage-name. I actually have a doctorate in metaphysics. If you want to know what a thing means, symbolically, I'm your gal. I'll tell you color codes, name meanings, and what the significance of a square halo is. Required reading includes Frazer's Golden Bough, Graves' White Goddess, and Jung's Man and His Symbols. In studying magick, I've gone through most of Crowley's bibliography, as well as the Sefer Yetzirah, and even The Book of Enoch.

I was watching this anime early in my studies, and the name of Sandalphon pinged loud and clear. What was the angel of the marriage bed doing at the bottom of a volcano?

Herp-a-derp. It was being born.

By the time they introduced Lilith, I was completely on board. It all clicked into place and that's part of why I don't mind that ending. I don't even mind the second ending, as it really does make sense to me. If you like, I could sit and explain every little thing that happened there. But really, that's pretty boring.

This is part of why I think NGE is a such a difficult anime. Kids in giant robots fighting monsters is a great cover-story, and laying down that undercurrent of cloak-and-dagger lets us all make-believe we're adults, but to pull back the veils and expose the mystical skeleton is just mean. This goes back to the “respect the audience” thing.

Enjoying an anime should not require a reading list. If you want something to represent something else, then fine; but, at least have the decency to let your audience know what those things are symbolizing. It's fine to draw your inspiration from something, but don't make the assumption that anyone who isn't familiar with your source material is going to follow along. What you've managed to do at that point is construct a very complicated dog-whistle that never actually says anything.

Unless, of course, that was the point.

I remember showing NGE to a vegan English-major I worked with. We'd get in three episodes a night, on Tuesdays and Thursdays, for a few weeks. By this time, I had graduated to the DVD box-set and End of Eva was out. I asked the vegan which ending he wanted. We went with both.

Tuesday night, we watched episodes 25 and 26. He was unsettled all day Wednesday and asked a multitude of questions. Thursday, we watched End of Eva, and the next day, there was another stream of questions. Our supervisor asked what we were talking about and the vegan told him, “Oh, you wouldn't get it.”

For me, this really changed what NGE meant. When I was first watching the series, it was insanely popular with the local OTO crowd (see the symbology thing above). It wasn't just that this was an anime; it had become a game of oneupsmanship. Watching and—even half-way—understanding the series initiated you into some kind of secret club. Anyone who didn't like it—or the endings—just didn't get it. It was anime hipsterism.

I have not watched the re-releases. I hear the animation is better in some spots and the picture is much clearer. I pretty much lost interest when I saw a thing I liked was used to insult someone else.

Now, I still enjoy the anime and I still watch it at times, or at least that final battle with Auska and the mass-production series. I have the action figures and will retreat to my attic on rainy days to play with them. I still enjoy a music video, even if that shot of rolling tanks has been over-used.

But, I don't think that we can use an anime to filter the folks who are worth it versus the ones who aren't. If you like it, you like it. If someone doesn't, they don't. It has its faults (plenty) and its strengths. When it came out, it represented that an anime could be a little more than kids in giant robots fighting monsters and there were real human dramas and some very deep and touching moments (in my opinion). If all someone saw when they watched it was a whining teenager, over-reactions, and an ending that made no sense, then that's what they saw and don't think less of them for it. Especially if that person is your friend.

Really, Shinji is a little bitch. I liked the series, but I always hated him.

The decay of public education

Random shots of the now demolished Libbey High School in Toledo, OH.
Posted by Chris Sobieniak at 7:30 PM No comments:

Email ThisBlogThis!Share to TwitterShare to FacebookShare to Pinterest
Labels: School 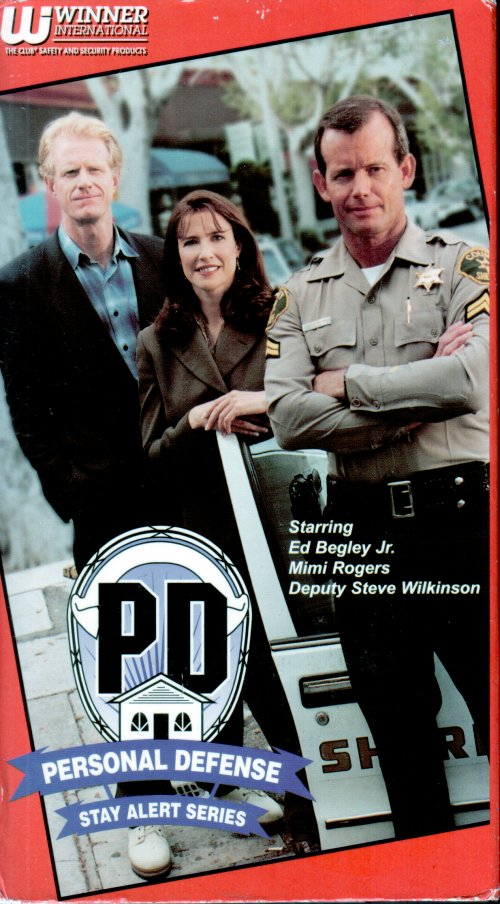 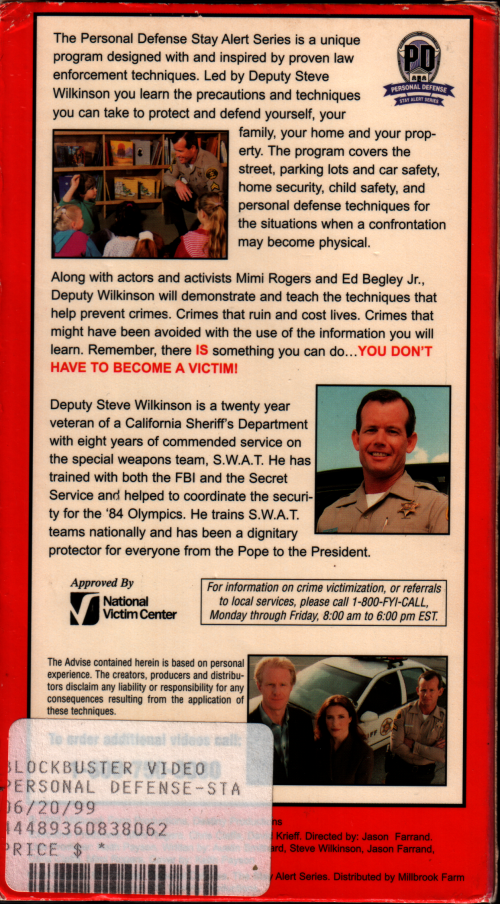 Posted by Chris Sobieniak at 1:31 AM No comments:

To TOUCH A Child!

Posted by Chris Sobieniak at 8:48 PM No comments: