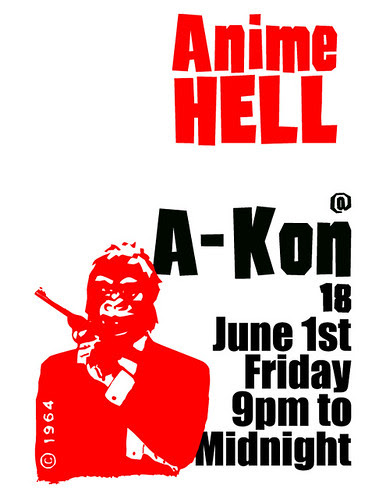 Look for us in one of the Panel Rooms in the Convention Center!

animehell
Posted by Unknown at 8:45 AM 2 comments: 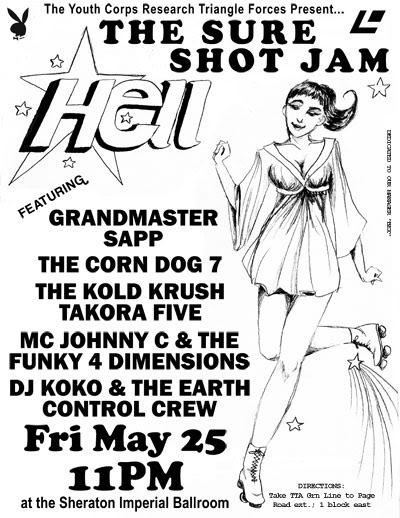 I am pleased to report that this year's Hell was a rousing success. The main ballroom was standing room only for the entire show and the audience had a helluva time. Kudos, as ever, to David Smith for his assistance, as well as last year's fellow Hellions William Bloodworth and Ben Elgin.

I've posted the full playlist over in the the Anime Hell forum.

animehell
Posted by Phil Lee at 12:45 PM No comments:

The first AnimeHELL to play west of the Rockies was a resounding success! Marked by an unusual lack of technical glitches, the show was received like a long lost rich uncle. I want to thank everybody at Fanime that made it possible for the wacky video clip show to make it to California and entertain the troops there. I had a swell time and hope that myself and Ryan Gavigan get invited back to do it all again next year. We had a blast!

See all my FanimeCon 2007 photos HERE.

I've procrastinated on this for long enough. The JACON Panel OF DOOM kicked off at 10:30 PM in the Main Events room on Friday. It's actually the exact same place as the Sheraton, only they got bought out and the name changed. As I mentioned in the original announcement, the new hotel staff wasn't too keen on this whole "anime con" thing, and so doing things like taping up flyers was out of the question. On top of that, I was scheduled opposite the Yaoi PJ Party and right after the flagship event of Friday night, the Wasabi Animusical. A big event like that expends a lot of energy from the crowd, and so I was kind of hesitant about how my turnout would be, especially considering the popularity of the yaoi stuff at JACON (and every other con). On top of all that, it was opening night for Spider-Man 3. So how'd things go?

To my surprise, it was better than last year! I'm not going to say that I filled up the room or anything, but there were more people than last time:

While it's true that I asked for the smaller room, having the extra space came in handy. I ran the panel off of a HP Pavilion 2210, which I purchased specifically for use at anime con panels. As lame as that may sound, without it I'd have no Internet connection to be writing this report up! Equipped with a DVD drive and support for DualView video output, I could output the videos to the projector screen while keeping the playlist, controls, and such visible only to me on my monitor. This allowed me to move things around, cue things up, and switch over to other clips as needed.

Once I started, I pretty much just kept going without much regard for the time. The tech staff--who gave me setup time to prepare in advance and ensured everything was running according to plan, so kudos to them--came in and asked me to wrap things up at 1:00 AM, which is when I realized it was 1:00 AM and I had officially missed out on going to all the important afterparties, thus missing out the best time to secure silly podcast promos from the guests and such. D'oh! Still, this was the highlight of the night:


To see a full listing of what got shown, as well as an explanation regarding WTF is going on in that video, click here. I recorded the audio for most of the entire show, but it started a few minutes late and then the battery on my recorder died with about 15 minutes to spare. Did anyone other than Danno care enough to listen to the one I did for last year's panel? If not, I'll probably just send the file to him directly. Next Panel OF DOOM probably won't be until Anime Weekend Atlanta in four months. That time I won't have the benefit of having a full week where I don't have to go to work, so I'd better work that one further in advance.

Lather's Blather: the Super-Hyper-Mega-Podcast
The legendary Rich Lather, a.k.a. Jeff Tatarek, has thrown his hat into the Podcast ring. Jeff is best know around these parts as a collaborator of AnimeHELL, Midnight Madness and Corn Pone Flicks. Which makes him overqualified and over experienced as a podcaster.

Discussion on anime, science-fiction movies and television, plus other elements of High Geek Culture, as dispensed by an ornery 35-year-old fanboy veteran. This is the show that's a slave to no one, although we're willing to do some chores for many of them.
Posted by Unknown at 1:00 PM 1 comment: 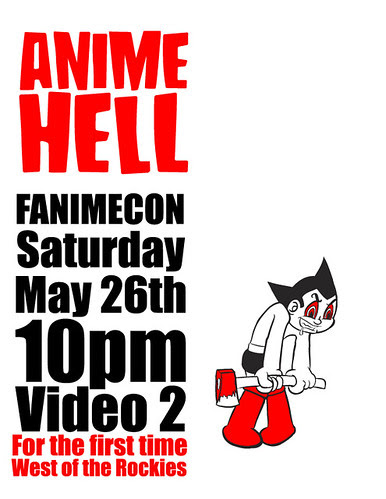 animehell
Posted by Unknown at 1:08 PM No comments:

Anime Hell will be presented at Animazement 2007 on Friday, May 25th at 11pm in the main ballroom. 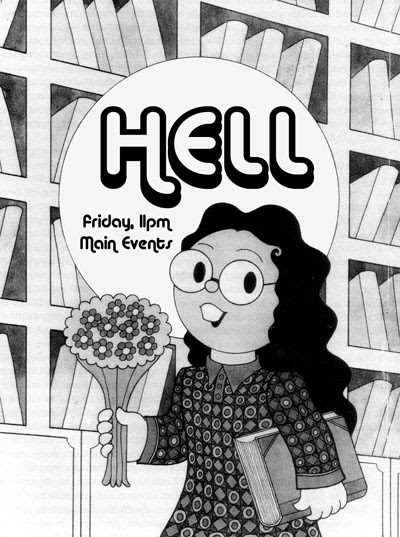 If you're anywhere remotely near the vicinity of Durham, North Carolina on that weekend, consider it your sacred duty to attend. Fun! Excitement! Tractors! And, of course, plenty of pure, unadulterated Hell.

Saturday the 26th of May, 8pm, two International Ballrooms at the Doubletree, during Anime North:

It's Anime Hell like you've never seen it before (at Anime North, anyway) - two screens of crazy clip madness!! If you're safely over the border you cannot afford to miss this extravaganza of excess!!

It was true the last time I posted here, and it's more true now: I haven't really been posting much, have I? Between AWO, Otaku USA, and the fact that I've got to see about purchasing a home and moving within the next week, the fact that JACON is this weekend sort of crept up on me. Actually, I had been telling myself "I'd better put that panel together soon" for the past month, but kept being set back by things such as laziness and getting awful food poisoning. Mostly laziness, though.

In any case, I'm set to go in Main Events on Friday night at 10:30 PM until whenever I feel like shutting the party down, same as last year. I actually requested the smaller panel room on Saturday night opposite cosplay since the whole reason for my doing the panels was to have SOMETHING to do instead of going to cosplay events, but I am now officially the alternative to the Yaoi PJ Party. Which, if you ask me, is what oughta be in Main Events room with the amount of people that are going to turn up for that, but apparently that requires hours of setup time.

As I perform a mad juggling act of writing articles, working out real estate offers, and assembling panel footage, I find myself experience a mild crisis of faith. Certainly, the last thing I want my little corner of Hell to become is an exhibition of Youtube clips and nothing but, but at the same time, there's not a whole lot that ISN'T on Youtube these days. But even if my panel were just say, clips of The Colors of Pomegranates by Sergei Parajanov, that still wouldn't matter. Nowadays, if you want to see some goofy clips, well then by golly you can see yourself some goofy clips RIGHT THIS INSTANT. And with the spirit of Hell being "see goofy clips with a big group of folks!" and all, it's becoming tougher to get that group of folks together.

I think it's just that Florida anime fandom is crazy. The Hell-style clip show events have been a Friday night main events staple at JACON since nearly its inception, but it's never packed the place even when it's been the only event on the schedule at the time. And now that it's up against the most cartoon mansexingest cartoon mansexathon in the state? Why, it's almost enough to make a guy want to call it quits...

ALMOST. No way did I buy a laptop for the sake of having one to use at anime cons just so I could NOT use it at anime cons! In lieu of flyers, I was going to place a large rasterization of the following image up on the walls for a few hours prior, but apparently the hotel staff won't allow anything to be posted anywhere this year, so this is it as far as spreading the word goes: