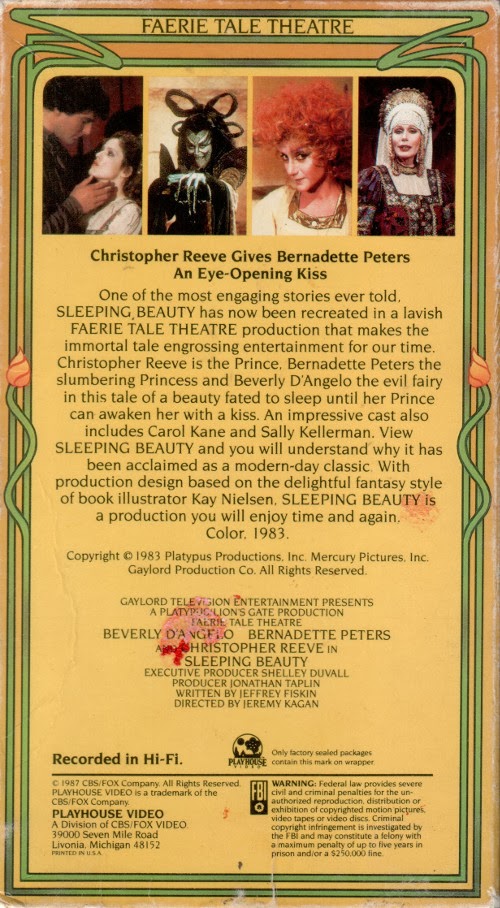 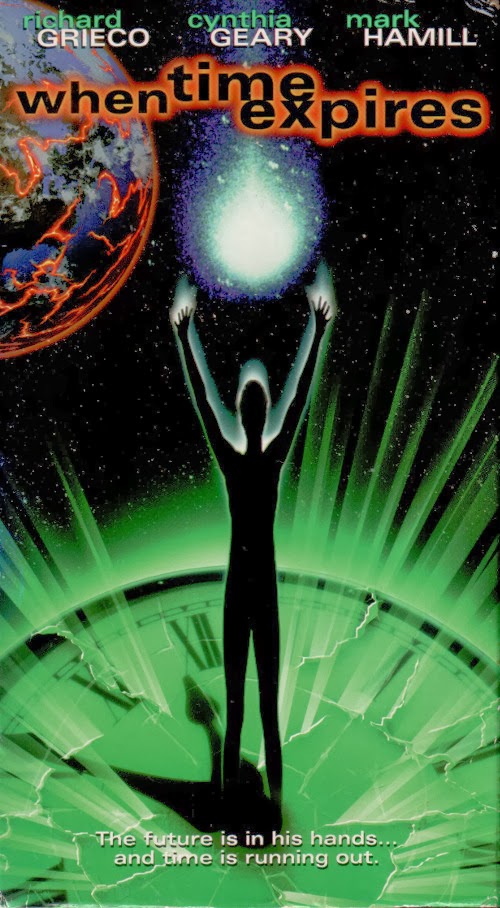 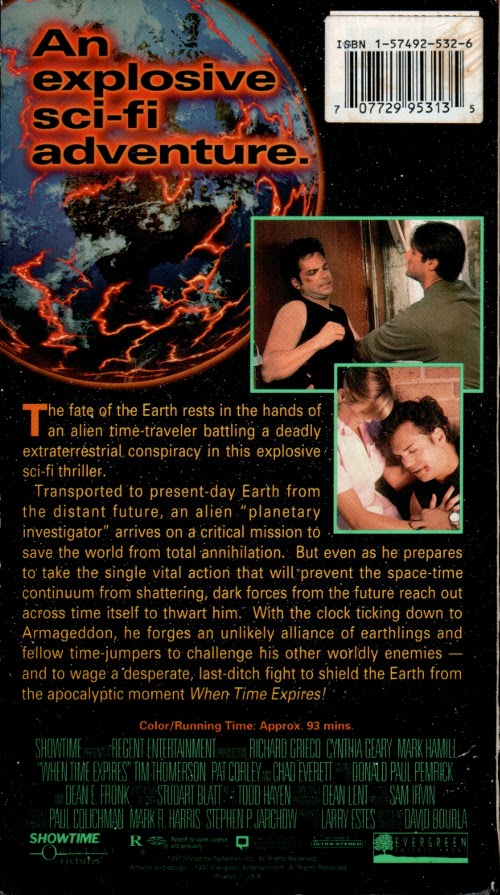 Three and a Half Seconds About Life from Eran Hilleli on Vimeo.

25 years ago on a UHF channel in Minnesota, it began.

It's my favorite puppet show, next to Sesame Street.

Enjoy every turkey leftover over at Club MST3K for free! And keep circulating the tapes.
Posted by Unknown at 3:00 PM 4 comments:

The one where Harland Ellison takes us on a wonderful journey we didn't ask for!
Posted by Chris Sobieniak at 8:30 PM 2 comments: 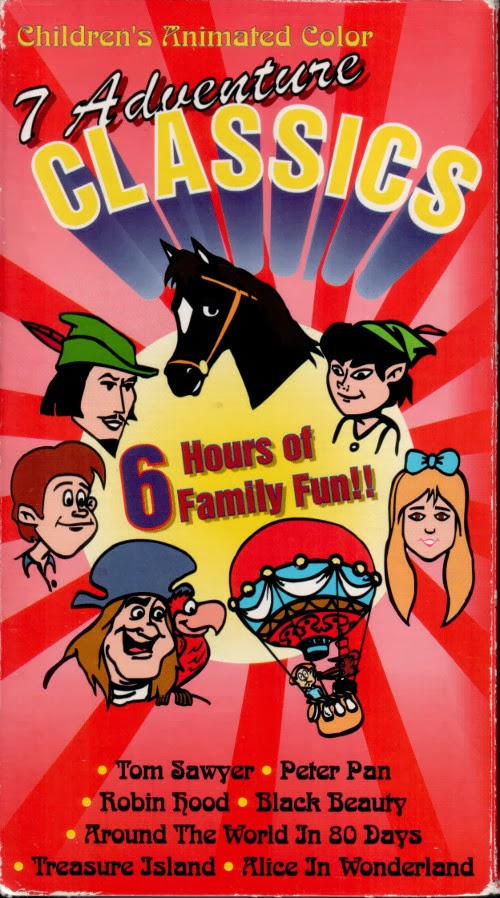 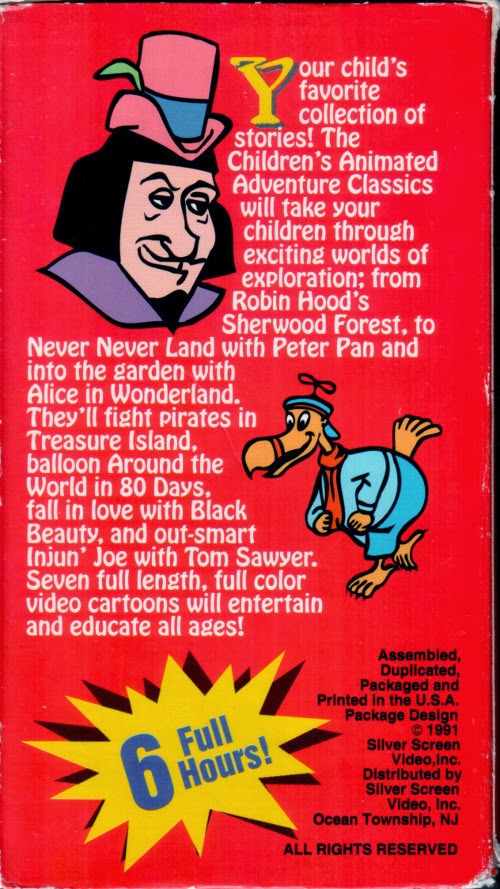 Strangely, this twenty-years-old, ten-minute video is an introduction for another film, The Parallax View and maybe someday we'll show the montage or something like it at one of the shows. The fellow doing the introducing is Alex Cox and you should respect him.

As a Dallas girl, I've heard all the theories. Trust me, everyone in this town has one. In junior-high, my best friend's parents were working on a book (and sued Oliver Stone for lifting some of their material). I'm not kidding; everyone has a theory.

Buddies of mine were extras in that Oliver Stone film, by the way. They said it was an awful experience.

While I was going to summer-school downtown, the bus that took me home went through the triple-underpass. A buddy of mine, riding home with me one day, grabbed his head and threw himself from his seat yelling, "Oh god! The Birchers got me!" as we rode through the hollow-hallowed spot. I remember the driver telling him to get back into his god-damned seat.

For a while, back in the 90s, I used to park behind the Grassy Knoll ($2 all day! What a deal!) and had to walk past the gawker-hawkers and their commemorative papers. It was usually just a wave of the hand and a muttered, "I live here. I live here...."

And then, on the way back to the car, some foreign guy was asking me where the "suspicious bush" was.

Kennedy was just one of those things that was always there, so I don't really think about it that much. I know it's a big deal today. A really BIG DEAL. I'll be at work, so I'll miss standing out in the rain and cold with no umbrella (they've been banned from the location for some reason).

But, maybe next year, when the anniversary will be on a Saturday, I might be bothered to get up early and go downtown. Not that we want to make a habit out of it or anything.

You know, looking at that famous quote in context, the Doctor was kind of a dick.
Posted by Dr. Mila at 11:30 AM 1 comment:

Something very important happened on this day. Learn more about this fascinating incident.
Posted by Dr. Mila at 11:00 AM 1 comment:

I'm probably not the person who should be writing about this. But, I feel I need to say something about it.

By now they're getting ready to have a memorial over in Dallas. Maybe some folks will head over to the Historic Texas Theater to watch Oliver Stone's version of events. My friend Red was thinking of driving by Rose Hill Cemetery to see how many people were visiting Oswald's grave, which isn't too far away from where I'm writing this.

On my first trip to Dallas my friends and soon to be friends were amusing themselves by reenacting the events of Dealey Plaza. Before moving to Texas I even went to the 6th Floor Museum.

I guess what I'm trying to get at is how strange it is to me that an event that happened before I was born seems to have such a hold over this place. It has such a terrible gravity that it affects everybody's orbits, pulling at us whether we give a damn or not.

The one who should be writing about this is Dr. Mila. Her father was there.

Me? I think I want to celebrate my birthday by complaining about my eggs and using BAAAD language
Posted by Unknown at 7:00 AM 2 comments: 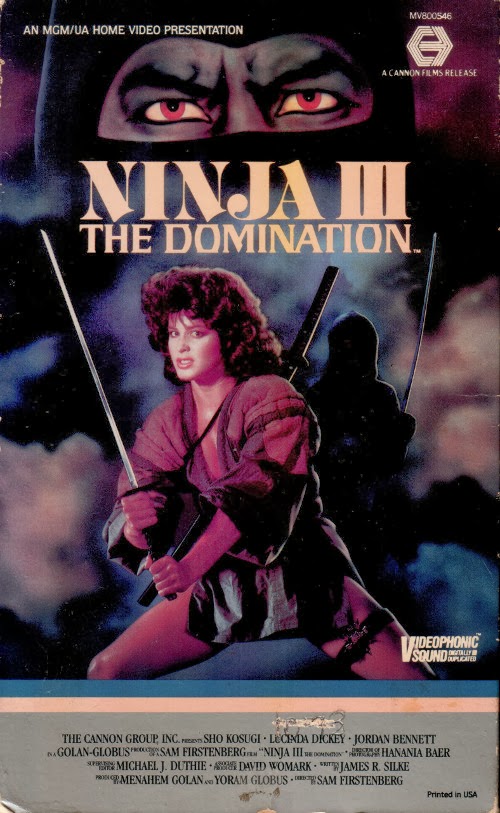 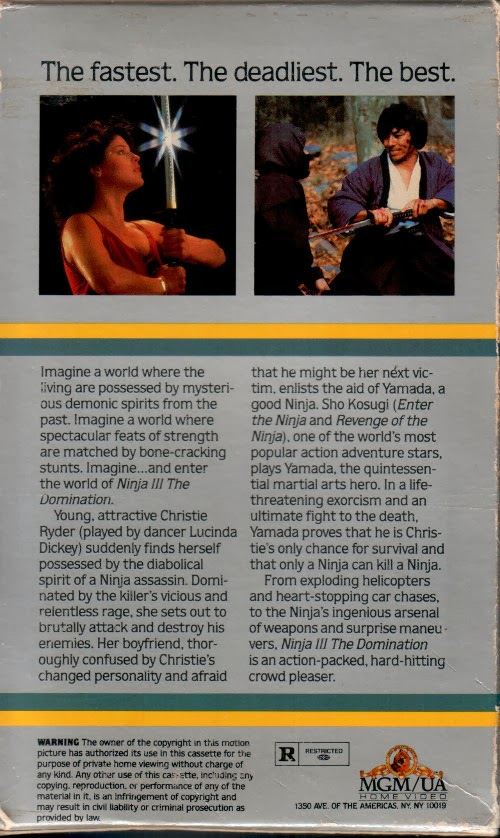 It doesn't get more 80s then this. An evil ninja possesses an aerobics instructor and Sho Kosugi has to save the day! And yeah, this is the end of the Ninja Trilogy of which there is nothing that connects this movie with Enter the Ninja or Revenge of the Ninja except there are ninjas and Sho Kosugi is in all of them. Not to be confused with Golan Glubus's other 80s ninjafest: American Ninja.
Posted by Unknown at 7:00 PM No comments:

An animated feature about a talking cat. How the heck did I miss this when It came out?
Posted by Unknown at 7:00 PM 2 comments:

VHS Hell: Revenge of the Ninja 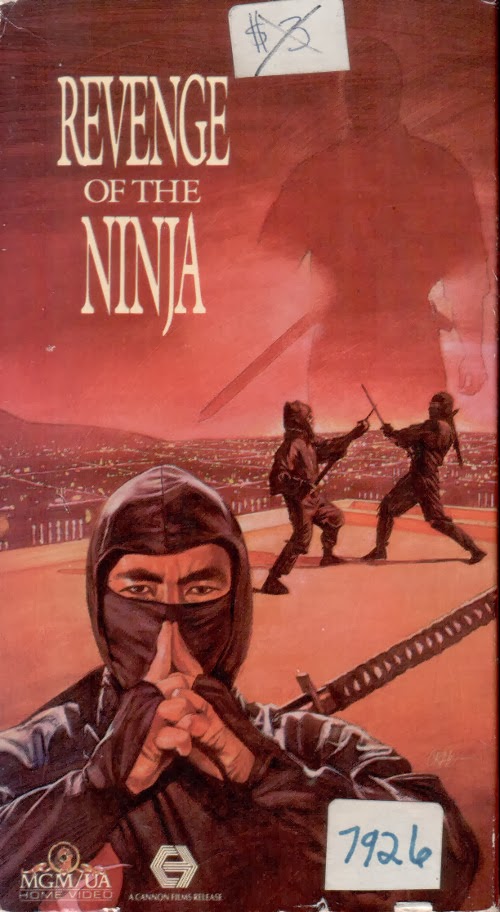 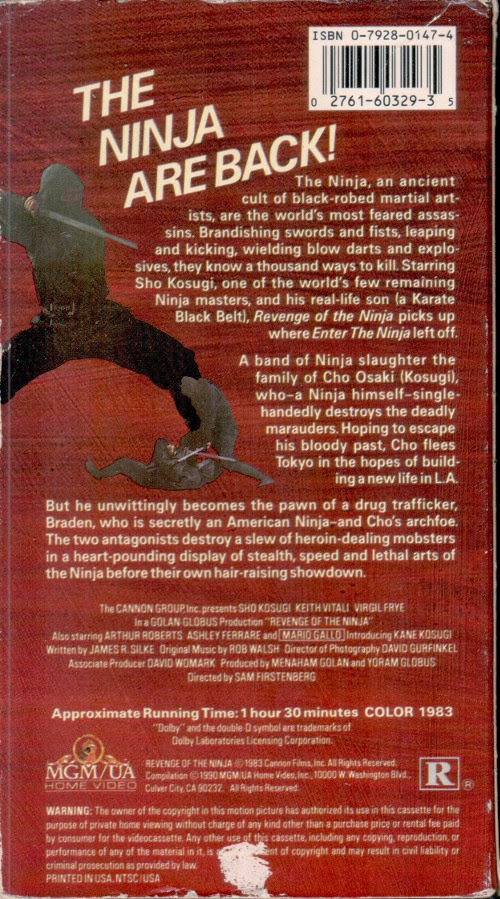 Let's face it. Sho Kosugi was no Bruce Lee, but he was good enough for Golan Globus who upgraded him from bad guy in Enter the Ninja (1981) to leading man in Revenge of the Ninja (1983). And while Kosugi can dish out the Ninjitsu his acting is the cheesy filling in 80s cheese log. It's like a Chuck Norris film without Chuck Norris.
Posted by Unknown at 7:00 PM No comments:

The 35th Anniversary of Life Day

I forgot this happened yesterday, but it's the 35th anniversary of one of television's greatest achievements!

And coming up next...

Free screening of AKIRA (next week)

Here's some copy you should put in your eyes:

Neo-Tokyo is about to E-X-P-L-O-D-E as Funimation Entertainment has partnered with the Alamo Drafthouse Richardson to present special FREE 25th Anniversary screenings of Katsuhiro Otomo’s legendary animated film AKIRA. The R-rated film will be presented in a brand new HD transfer and featuring the 5.1 Dolby Surround dubbing from the 2001 restoration. The screening is Monday, November 25th at 7pm and is FREE; however, a $5 voucher is required to reserve your seat which can be used towards food and drink. Attendees of the screening will also receive a special discount code for 40% off the purchase of the Akira – 25th Anniversary Edition at Funimation.com!

Here's a list of screening locations. It's not just in DFW.

The original pocket computer.
Posted by Unknown at 6:52 PM 1 comment:

Jackie Chan sells Nissin Noodles.
Posted by Unknown at 2:07 AM No comments:

Fingered from Dave Razor on Vimeo.

The modern idea of daylight saving was first proposed in 1895 by George Vernon Hudson and it was first implemented by Germany and Austria-Hungary starting on 30 April 1916. And then they lost the war. So there.