Coming in May on your local public TV station....

Back in those days, the only time you ever saw a TV being used in class was when something on PBS showed up during school hours. Sometimes the school might even saved a copy of the program if they had a 3/4" U-Matic deck lying around but that was all you got (besides Mr. 16mm and Mrs. 35mm Filmstrip projectors). Here's one such program I remember wasting my first grade existence on...

I've been following this particular blog for a while, and I tend to enjoy the chronological look into games released for the Nintendo Famicom (and subsequently the NES if possible), just thought I'd share it here...

A certain rounded pal of ours is turning 30 next month, so I think it's only customary that we dedicate next month to one of the world's famous video game icons to chomp his way into our hearts. Stay tune for some classic, retrospective, hard-hitting views o our yellow orb of power! 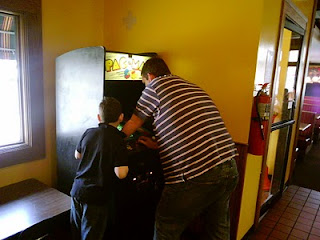 Because I've been on an 80's vibe today (and will never get a job at one of these places no more)....

Thanks Prof. Grewbeard!
Posted by Unknown at 6:00 AM 2 comments:

Celebrate Earth Day by singing along with the opening from Godzlla VS The Smog Monster! SAVE THE EARTH! 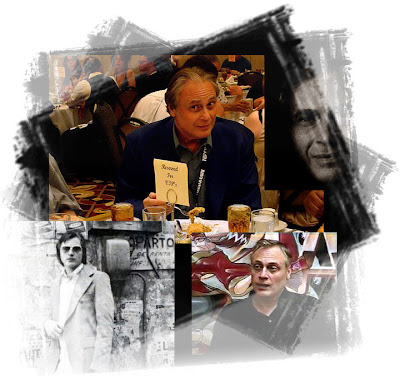 Some information about him, and where I found out the sad news.
Posted by Chris Sobieniak at 4:40 AM 12 comments:

Posted by Chris Sobieniak at 4:20 AM 5 comments:

Posted by Chris Sobieniak at 1:55 AM 5 comments:

They call him CAPTAIN FUTURE!

Click HERE for the 'original' soundtrack!
Posted by Chris Sobieniak at 1:12 AM 16 comments:

When World Events wasn't giving us Saber Rider or another Voltron spin-off, there was this other show about the trials and tribulations of a group of southern California teens and their newly-hatched dinosaur!

The sun rises from the west,
to the east it drops! (Augh, can't watch!)

Fell from a ledge and got hurt,
ledges are steeeeeep! (How cool, really?)

SoundHELL: Five on the Black Hand Side

Five on the Black Hand Side radio spot

When telephone companies ruled the Earth...

Click HERE for some hi-impact 80's anime madness!
Also HERE for the super-cool soundtrack!
Posted by Chris Sobieniak at 4:39 AM 2 comments:

When the Japanese made cheap cartoons for the Americans...

When we were tots...

Have to give you links since the S.O.B. who stuck up some episodes of this show fails by not having them embeddable.
"The Dukes in Hollywood" parts 1, 2 & 3


That is all, well, maybe this classic stalwart (since my CBS station like taking out a half-hour of cartoon time for it)...

CPF Reviews Clash of The Titans 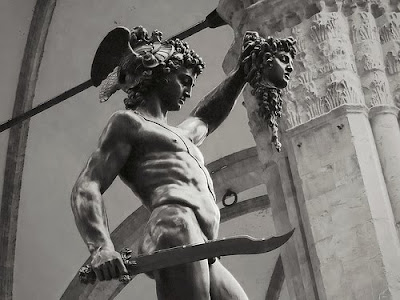 Matt releases the Kraken on the Clash of The Titans remake.
Posted by Unknown at 11:56 AM 3 comments:

Email ThisBlogThis!Share to TwitterShare to FacebookShare to Pinterest
Labels: Clash of The Titans, CPF Reviews

Well another Easter came and went, but because I wasn't really up to it, I'll bother to talk about the one special I sorta have a bit of hatred towards! On the one hand, it did however inspired me at an impressionable age to go hide Easter eggs all over the house, while my brother became excellent in trapping rabbits in the backyard thanks to the lessons gathered in this half-hour parable.

Bil Keane's 50 year old opus on family life in suburbia has entertained, disgusted and even asphyxiated millions through the daily circular panels and Sunday panels of the once familiar medium known as the newspaper (soon to be replaced by some non-tangible substance that can be easily erased from our existence). The charming but always annoying childish antics of Billy, Dolly, Jeff and PJ proved to be ripe for a series of animated TV specials churned out by some nameless group in the late 70's/early 80's that have since practically disappeared from our lives (thankfully). Each pretty much dealt with a specific holiday, but the Easter one in general is the one I saw the most, and for which I'm still trying to recover over.

"A Family Circus Easter" first aired April 08, 1982 on NBC-TV stations across the country, still soaking up on that Family Circus love that could only come out of the exact, perfect hands of an aging Mr. Keane on fine weathered days. I'm not sure what kind of fanfare promoted this to the American public, since I was only 4 then, and resemelbed a very hyperactive Jeffy as seen in the famous comic strip. Hell most of my siblings including my parents are exact doppplegangers according to one panel my mom used to have placed on the window sil in the kitchen where each of the characters seen in a fight have our names placed accordingly. I was Jeff, my older brother Billy, and my younger twin brother and sister were PJ and Dolly spot-on. Enough of that, on with the special...

We get the fanfare-ish opening sequence reminding us this is the comic strip we adore and here's our characters, even though this is the third in the Family Circus Trilogy of Pain, they still feel we're going to forget 'em anyway so why not?

Oh, and who could this "surprise celebrity" be? Oh gee, I guess we'll have to find out!

Well anyway, it's Saturday night, and the guys are coloring eggs on the dining room table, thankfully adorned with the very news-stock that has since been shrinking and dissappearing from our lives. Typical banter from Bil & Co. ensure us our two minutes are being wasted prior to the next commercial, and I was right! Including such gems as this...

Dolly: "Dying eggs aren't the same as killing them, is it?"

Billy: "That was a ping-pong ball you put in the yellow glass!"
Daddy: "Ooops."

Dolly: "Let's print "Grandma" on one of the eggs and send it to her."
Daddy: "You can't mail an egg, Dolly."
Billy: "You can if you put enough stamps on it!"

Eventually the wife Thel shows up with some giant Easter egg she kept in a "high school box" (every one must have one) and the kids want to admire what's inside it just like a certain beagle in a far better Easter special did! A question about the Easter bunny is brought up, and soon Dolly's got a plan.

A commercial break later and it's sometime in the middle of the night. Dolly bothers waking up her sleepy bros and we're in the backyard where her plan to hide all the eggs from PJ goes underway. It's this part of the special that inspired me to do that a few times on my own, waking up at like 5 in the morning and trying to hide eggs all over the house, giving all headaches. But not the headache one's going to get from Dolly when she belts out her own tune about finding the Easter bunny right now. Please cover your ears during this!

Really, do we need this torture!

A few minutes of this and the kids have hid all the eggs, but Dolly now has a new problem, the Easter bunny may try to find and re-hide the eggs from PJ. So now a plan to catch the Easter bunny before it happens goes underway. This is where the classic rabbit traps of our youth come into play as Billy sets up one with a box, a stick and string, and then play the waiting game until they catch something.

Now it's daybreak, and the kids and pets are still out there waiting for the Easter bunny to come. And you know, they have finally caught the damn thing after all (with Jeff spazzing out like a moron).

A second commercial break later, and our tots are in trouble since mommy's getting up and finds them in the backyard so early. They try to hide the fact there's a box in front of them and Jeffy spills the beans on what they've caught. Since Mommy knows best they have to show her the long-eared rodent who's probably got rabies anyway underneath. She insist on letting it go anyway despite the kids wishes to have PJ find the eggs before they let it go. The parents are OK about that and the egg hunt is on.

Mindless, inept animation interludes us with PJ getting emo because Jeffy bothers to be an A-hole with snatching the eggs himself. Even after the kids bother sharing some of their eggs with PJ anyway, he still bothers throwing a fit. Can't say I wouldn't blame 'em! Another holiday special is ruined by incompetent children, thank you very much!

well now the Easter festivities are over, and Mommy tells them the bunny has to be let free and they bother complying with that. My bother of course would stick these critters in wired cages anyway. Even when I try to pet 'em, it's a real struggle with these wild types! This bunny though doesn't want to just leave right away, and the kids get one of their pooches to do the honors. A cat 'n mouse-like chase sequence ensues, strangely though it's the bunny who's scaring the bejeezus out of the dog.

After that rather clever and probably the best animated sequence this special ever has since the 1940's, it's discovered there's one egg missing out of the 14 that were colored, so the kids bother going out one last time through the backyard jungle to retrieve it, but it's PJ who comes out the winner with finding it himself, Billy doesn't remember them hiding it there, with Dolly insisting it was the Easter bunny after all (and not "Notme" and/or "Ida Know"). Another look into the picture egg of doom is therefore in order, and we get the one sequence I feel like blanking out to.

Really, I could live without another round of song 'n dance in Candy Land with our "surprise celebrity" in the flesh (voice provided by Dizzy Gillespie, so you know where the money went). But no, this is a TV special after all and in the rules of making an effective TV special work (when you're not Peanuts), is to have these garish, bright colors, extravagant choreography and toe-tapping tunes to further bring home the festival holiday message (even though this is essentially a day of Christ's rebirth, I still don't see the point). This goes on for a good 5-6 minutes, so you'll have to really settle in for the borefest!

God is it over yet? No, because after the break, we come to the final joke of the whole special (and it's not the end credits baring the fact this special was probably farmed out to some nameless Korean outfit that is initialed "KWE"), with the family getting their Catholic hinders to church for Easter mass. The collection basket gets passed. Dolly tells PJ that it's God's Easter basket, so he puts his egg on it. Dolly hides it under the bills whispering, "He'll like it better if He has to look for it!"

Really, what more do you want? Well, I did spot one of Bil Keane's illustrious sons apparently credited for "Models" here. The ugly thought of a future Disney legend having done an extensive model sheet of the Easter Bunny just kills me! Well that's it, hopefully the message I give will prevent other comic strip adaptations from following the same dreaded path that The Family Circus bothered to lay down so long ago.

Click HERE for a REAL Easter egg (not likely).
Posted by Chris Sobieniak at 8:44 PM 5 comments: