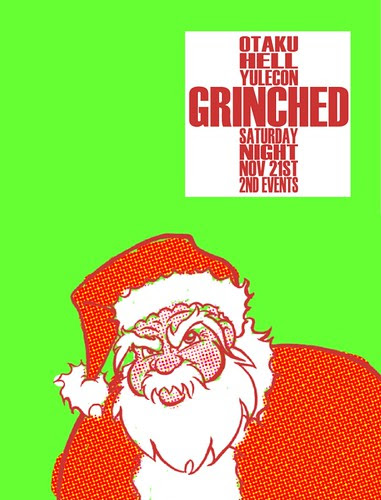 Check the YuleCon program for exact showtime.
Posted by Unknown at 9:45 AM 1 comment: 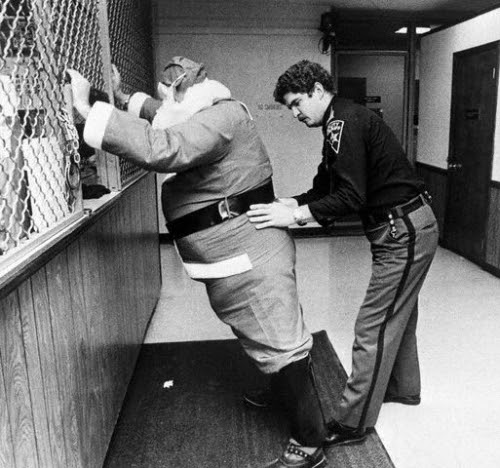 Have a little HELL for the Holidaze!

Children are always FREE! (Warning: Hell may not be suitable for children.)

Saturday nite, November 21st at YuleCon we open our gifts early! Come on down and celebrate holidaze in HELL with the lovable OtakuHELL gang!

You'll enjoy A Visit From Santa Claus! (Due to prior commitments Santa Claus will not be making a personal appearance at this event.)
Posted by Unknown at 7:41 AM No comments:

In the fall of 1999, four teenaged sleuths and their Great Dane got lost in the woods while in search of a mystery.

This is their story.

Once in a while something unique pops up on TV that you wish you had seen again, and this one has been gone for a good decade so I figure it deserves a shout-out on it's 10th anniversary!

Most people here know I don't watch TV anymore, but back when I still had some faith left in it, CN put out what I felt was a brilliant marketing stunt one Halloween back in 1999. Unlike some previous ones they had surrounding doing a Scooby-Doo marathon, they took a cue from that year's most unique horror film and put out a rather flattering parody on it. Some of the promos leading up to or playing during it also were very clever and well-executed. Wished it was still this way today.

Well that should be all for now. Got Thanksgiving coming up if I can muster the strength to do that!
Posted by Chris Sobieniak at 1:10 AM 6 comments:

:24 from Corn Pone Flicks on Vimeo.

An entire season's worth of 24 in less than half a minute, made for those with frighteningly short yet perceptive attention spans. 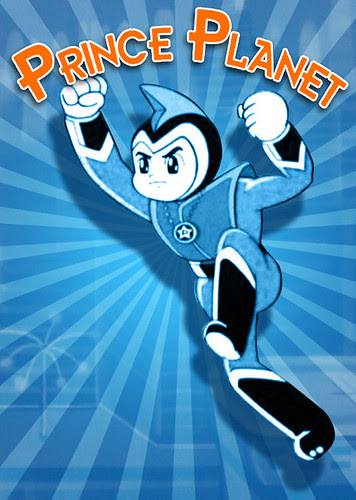 Great news everybody! Starting today you can watch Prince Planet on Hulu!

Starting Monday November 9th 2009, 46 episodes of Prince Planet will be released on Hulu and YouTube. It's been thirty years since Prince Planet last aired on American television. Now, after years in MGM's archives, this fondly remembered series is zooming out of the vaults and onto your monitors in a new, digitally restored version! This is part of an ongoing plan on the part of MGM to re-release classics from their archive.

To celebrate this monumentous occasion Let's Anime is running a contest. 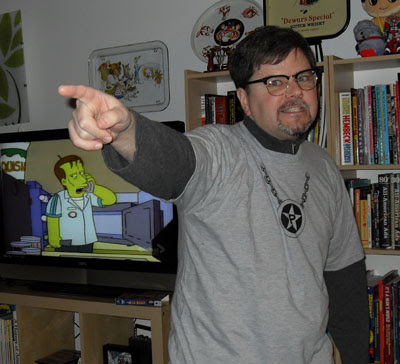 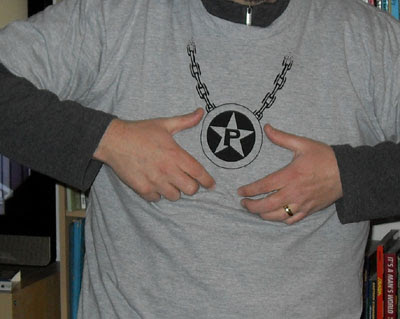 So, break out your Blackwing 602 pencils, or your favorite drawing implement, and try your hand at some Prince Planet fanart and your chance for a Prince Planet T-Shirt. And remember, no one can compare to the prince who wears the medallion on his chest!
Posted by Unknown at 6:00 AM 5 comments:

We interrupt this blogcast for an important Halloween Special That Time Forgot!

I see I've been slacking off as usual, and that's not a problem for me, the real problem is wanting to go through with this review as I really hate this special 100%. I still wasn't sure where to begin.

Where do I begin?

I guess I'll start at the beginning. It's October, 1983, and your local TV station just scheduled a rather interesting animated Halloween special to play sometime before Halloween, and you anticipate it's release with impatient impulses not seen until puberty! It appears, and afterwards, your left with a senese of deprivation, a kind of which doesn't settle in until many years later, when you come to realize just how bad things could be to the prying eyes of a 6 year old.

But let's skip all the tears of shame for now, here's a rundown of the plot for this story (if you call it a plot). A news bulletin interrupts whatever we're watching (which in this case would've been the station ID slide or a 5 second tag reminding us of the local news at 6). Then we're taken to the Bureau of Bear Affairs in Bearbank where ursine reporter Patti Bear alerts the public of monsters about to invade tomorrow on Halloween night. Legend tells of a mountain conveniently named Monster Mountain nearby where the alleged monsters will be making their trip down to Bearbank from and do all sorts of spooky deeds.

Every bear thinks the same thing, get the hell out of town, all, except for one, Ted E. Bear, who he and him alone fines all of this confusing and questions the reasons bears' fears over something they haven't seen before. All of this however isn't caught on camera as they were on a station break, but the mayor of Bearbank, C. Emory Bear (though he gets referred to as "secretary general" here), overhears the conversation and decides to enlist Ted help in the matter by going up to Monster Mountain and see for himself whether this FEAR exists. Overhearing all this from their secret compound beyond Monster Mountain is Count Dracula and his assistant Miss Witch (guess they couldn't figure out a better name here). Count assures the witch of their plans for tomorrow night, but flies down to Bearbank to eavesdrop on further details including the possibility of Patti covering the story from a news blimp.

As Ted E. drives his car up Bearbank Hwy. to Monster Mountain, he passes by the tired count who now had to walk back home after having some problem with his bat transformation. While beyond Monster Mountain, Mrs. Witch is informed on Ted's arrival and leads a squadron of monsters, ghouls and other fiendish foes to scare 'em out. Even Ted himself is getting second thoughts that bears may be afraid of NOTHING, but he pursues further into this ghastly village to seek the truth for the Bureau of Bear Affairs. Will he find it and return to save the world from NOTHING..?

Well I just gave you the gist of this tale, and you think from the story and screencaps this might actually be very good (especially those character designs), where that's reality settles in, rapes you of your $30 and leaves for dead as fast as it could. This was one of the biggest disappointments I remember from my childhood with rage, and I really didn't know where to begin on reviewing this thing besides give you an overview to the plot (if indeed it has one). Here's what I know...

Based on a children's book written by John Barret in 1981 (featuring illustrations by Rick Reinert Productions, best known for the O.G. Readmore specials on ABC's Weekend Specials), the story was adapted to an animated special in '83, and was syndicated to a number of stations who thought at the time of it giving them something to show the tots around the end of October. In later years, I remember Nickelodeon sticking this up on Special Delivery or in some other part of the schedule during the autumn months.

Now, about the animation... what animation? Oh, that animation! You wouldn't have noticing it unless you saw the opening credit sequences with the ghost prancing about in a cemetery, but the special itself is probably best remembered for it's inept ability to save the most money and time by the simple matter of taking you through a somewhat 'animated storybook' feel itself. Much of the characters movements plus other effects are represented as dissolves between poses, panning and other simple techniques best immortalized in Clutch Cargo. But unlike Clutch Cargo, the facial movements/expressions are still drawn and synced nearly perfect, so I guess they didn't cheat us out of that one.

I can only best compare this sort of thing with the animated storybook videos of the 80's we've all probably saw at least once in our lives, especially those by Golden Book, and while those suited a purpose of being sold and watched easily by pre-schoolers, this special had no excuse not to be animated fully. You're basically watching the equivalent of a timed animatic that went to ink & paint/photography without question. Watching this, I'm almost reminded of that omake for the end of the second Tenchi Muyo Ryo-Ohki OVA series, where Mihoshi comes to chat with Washu about Dr. Clay, Lady Tokimi and the report, while Ryoko is tied up in one of Washu's contraptions for the time being, but after the they leave, she gets mad at still being stuck up there and eventually tears stream as she bawls for her mommy. That's exactly how I felt watching this special (well, not that pathetically).

The story itself doesn't help either way, and the characters themselves just don't fit in with their corny quips and other silly dialogue I could get out of a Mad Libs page. The music pretty much is akin to someone learning the basics of their Casio keyboard and think they could wing it from there. It certainly puts you to sleep in less than a minute!

I would say it has some decent voice talent aboard. Tom Smothers plays the 'courageous' Ted E. Bear, reprising a role he made famous a decade before in "The Bear Who Slept Through Christmas", though in this special, Ted sounds a tad too optimistic and confident not to be a little uncertain to the situation, but I guess Mr. Smothers did his best here. Louis Nye, comedy actor of radio and TV plays Count Dracula, Lucille Bliss, best known as Smurfette on The Smurfs is Miss Witch, while Hal "Otis" Smith plays C. Emory Bear. The only one person who I felt a tad sorry for was Hans Conried, who performs one of his final voice roles as Dr. Werner von Bear in a brief segment discussing Monster Mountain to the audience. The man who breathe life to Captain Hook, Snidely Whiplash and that crazy pilot in an episode of Gilligan's Island almost had his swansong in this special (only to be postdated by something else a few years later).

For a long while I had seen way too many holiday specials, and I could surely state that "The Great Bear Scare" should be consider either the cheapest or worst of them all, but you don't have to take my word for it. While I would post a video here for you to watch, Lionsgate apparently saved me the trouble by doing it themselves on several sites like YouTube, I guess it made sense than to waste money on stamping out hundreds of discs only to be sitting there cobwebbed on the shelves of Walmart this time of year! So just sit back and be AFRAID of NOTHING!

Click here if you dare (of course if it's country-restricted, I might have to stick up what I have too if someone pesters me)!

For an extra link, here's a review someone else did of this same special that he apparently saw care of a TV station that aired it around Christmas (guess even they knew how bad this was and tried to bury it somewhere on schedule).

I still have one more special to do until the next batch for Turkey Day, but I might be able to get it done tonight if I pull an all-nighter (which isn't hard for me). Just that I don't have much to do now that I'm over a hundred bucks in the hole!
Posted by Chris Sobieniak at 6:20 AM 4 comments: 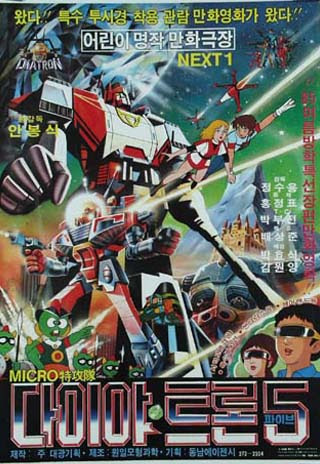 Okay, it's not really anime. But it really is Totally Lame.

Micro-Commando Diatron-5 was actually animated in Korea, but then isn't everything animated in Korea these days? Diatron-5, as it's affectionately know by old skool fans, is part of a long tradition in Korea of producing knock off anime. Part of the fun of watching these "Koreanime" is playing spot the ripped off character/robot. Because trying to follow the story is next to impossible.

BONUS TRACK: Download/watch Space Transformers at the Internet Archive
Posted by Unknown at 6:00 AM 4 comments: