See the set as a slideshow here

Over at Let's Anime Dave's been talking about Anime on CED, one of the many dead formats from the late 70s and early 80s. Lucky for you, you don't need a Capacitance Electronic Disc System to watch the classic Jack & The Beanstalk. Like Pinocchio in Outer Space and Alakazam The Great this was one of those movies I saw as a kid that left a big impression on my young mind. I wonder now if it wasn't in part because I recognized the voices of Billie Lou Watt, Corinne Orr, and Jack Grimes. Mostly it was the strange imagery in Jack & The Beanstalk that stuck with me over the years. One of the great kiddie mindwarps to inflict on your favorite preteen.

animehell
Posted by Unknown at 8:26 AM No comments:

Just in time for Christmas! Matt has posted his review of The Golden Compass over at the Corn Pone Flicks website. 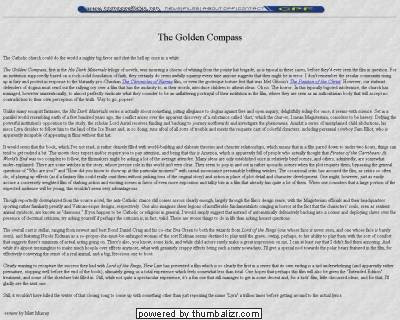 animehell
Posted by Unknown at 8:23 AM No comments: 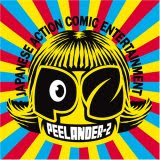 I don't own any Peelander-Z CDs, but I had to have the Peelander-Z DVD. Which says more about my buying habits then any comment on Peelander-Z's music, honest. Because as much as Peelander-Z's music rocks it's their show that is the real kick. Ok, the truth is I've only seen one of their shows, but it was a damn good show. Because these guys are true showmen. And the DVD brings you all their maniac antics in an easy viewable format. A live show from Northsix in Brooklyn, NY, bonus videos and CHALLENGER-Z! The only thing better then the DVD is to actually go to a Peelander-Z show. So, go already!

animehell
Posted by Unknown at 6:11 PM No comments: