We stopped off at the Holyoke Mall near Springfield to get our Target on during the drive back, and we ditched the Thruway entirely and detoured through Rochester and west on 104 to cross the border at Lewiston, a pleasant drive largely free of the truck traffic on I-90. But enough of our trip back. Anime Hell at Anime Boston went great! We had one tech issue that got handled with one radio call, we had a great AB staffer working the sound, we had great sound and video, and the crowd came out and learned, laughed, and loved! Here's what we showed:

Everybody got out of Hell in time to figure out how the hell they were going to get home because the T quits running at 12:30. We hiked back to Neil's car parked under Boston Common. Got to see a bunch of friends and eat a bunch of food and the convention itself was crowded, well-run, and pleasant; I recommend it! 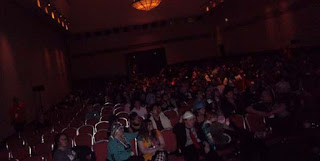 Senpai noticed me! And then quit, apparently.

That mustard\catsup dispenser is cool, though.
Posted by Dr. Mila at 11:00 AM No comments:

Just a quick little flick (16 minutes) you can watch on your lunch break.

Here's the original short story
Posted by Dr. Mila at 12:00 PM No comments:

Kiseichuu no Ichiya (The Midnight Parasites, 1972)

Borrowing a lot of imagery from Hieronymus Bosch, Yōji Kuri really goes all out with this independent film.

Don't click on any of the related videos if you've just eaten or plan on eating soon.

Boston You're My Hell 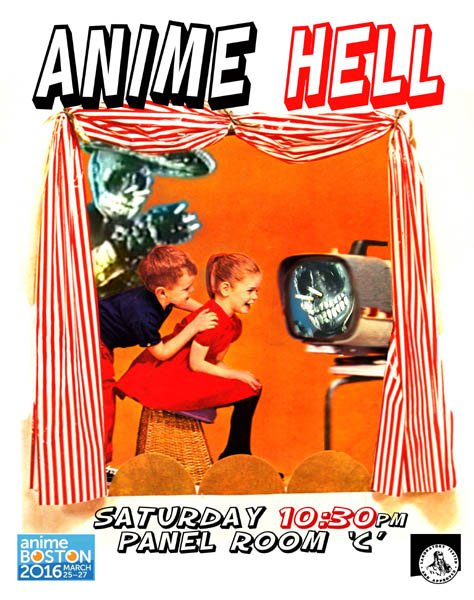 CPF Overviews-Captain Harlock and the Queen of a Thousand Years

The last episode of CPF's Harlock overviews (because the later dubs weren't really that funny), focusing on Harmony Gold's Captain Harlock and the Queen of a Thousand Years.