(notes on) biology from ornana films on Vimeo.

You may fail biology, but you could get a passing grade in animation.
Posted by Dr. Mila at 11:00 AM 2 comments:

Last night, I showed Mom Hyakugojuuichi. When it came to the chorus, and "TV says donuts are made of fat, kazoo..." out of nowhere, Mom said, "Don't touch my mustache."

You see, there's a scene in Majority of One where Guinness is trying to teach Russell how to speak Japanese. Specifically, it's how to say "Thank you" and "you're welcome".

So, there you go. Mis-hearing Japanese anything is nothing new. I tried to weird out a 72-years-old woman and she weirded me out right back.

Also, that movie is kind of embarrassing to watch now.
Posted by Dr. Mila at 7:40 PM 3 comments:

I've had this stuck in my head for two weeks now and this is the finest version I've heard.
Posted by Dr. Mila at 5:00 AM 1 comment: 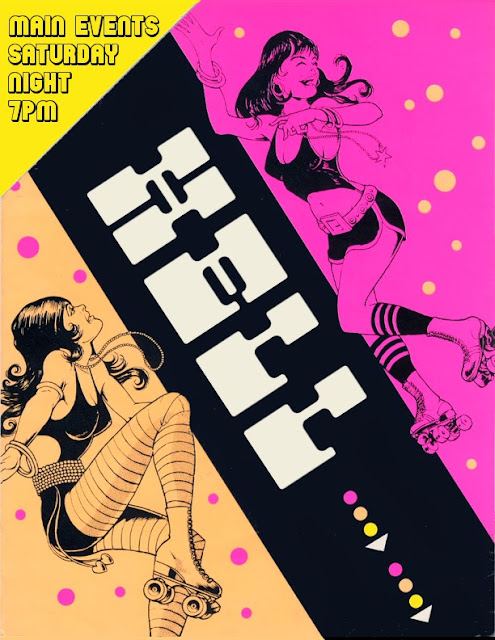 Cosplay America is a new convention in Cary, NC that knows the key to a successful con is Hell. How could I argue with that? I'm pleased to be unleashing Hell at 7pm on Saturday, August 30th. It'll mostly be old favorites but with some new material mixed in to keep folks on their toes. It will also have virtually nothing whatsoever to do with cosplay, but I'm told that's just fine.
Posted by Phil Lee at 4:26 PM No comments:

Oh, I'll get all weepy, I will. Just seeing two tears from the kid will make me cry.

Hard Gay Pose Off at AnimeFEST 2014

The Tale of the Princess Kaguya

The Tale of the Princess Kaguya - Official Teaser Trailer from GKIDS on Vimeo.

As excited as I was about the live-action version, this is looking pretty good as well.

Peter Falk is your bartender and only serves Suntory Royal

No need to ask, all they serve here is Suntory Royal and Peter Falk's dry wit.
Posted by Unknown at 10:55 AM No comments:

It's far too long for us to show live, but you can enjoy it here.

When we called up the kazoo orchestra last night, I was handing them out: green, yellow, orange (I kept the purple one for myself). One of our orchestra members was dressed as a member of the Green Lantern Cops.

ME: It would be wrong of me to give you a yellow kazoo, wouldn't it?

HER BUDDY, IN BATMAN GEAR: I'll take it.

So, one girl got a green kazoo and one got a yellow one. La-de-da.

Huzzah! A most excellent show this evening. Kris* played a little pre-show music (don't forget he does a show on Wednesday nights!) and everyone was orderly and well behaved.

First contest is always Hard Gay, usually at the 30-minute mark, but we had to get our kazoo orchestra together (all fifteen of ya) and god bless if they didn't start playing "Also Sprach Zarathustra" (you were paying attention to the pre-show music!). Our winner there was an anime virgin (and for a prize, he took the Barbie book for a friend of his).

Camay walk went well and there were no sprained ankles.

The third contest...well, we just had a lot of swag to get rid of and so we had a Hard Gay\Camay mash-up. Mad props to the kazoos for playing StarWars music during that. Thanks for not making me take all that stuff home.

Best part of the night? Dan's reindeer\Frozen (and all of you singing along). My face still hurts from laughing so hard.

Bonus plus of the night. You guys were AWESOME at picking up after yourselves. I think this was the quickest cleanup evah. I'm still not sure about the reverse chairs, however. Did anyone notice a pattern? It almost felt like crop-circles.

EDIT: I was wrong in a post earlier this year. Our Quinceañera with Anime Fest IS next year. We're planning on a pinata, amongst other things.

*BTW, Kris is where I got my "Hey, you kids, get off my con!" t-shirt. We actually came up with that one while waiting to get into the room at A-Kon a few years back.
Posted by Dr. Mila at 5:07 AM 1 comment:

Email ThisBlogThis!Share to TwitterShare to FacebookShare to Pinterest
Labels: AnimeFEST

That music is Raymond Scott and you should know who he is.

It's a classic! You've heard it lots of places.

Here's the full piece, as played by HIS group.

Now, you say, how would I know that guy? Well, give this one a listen.

Now listen to this.

By the way, he was also an electronic music pioneer.

Haha. That would be more interesting to sample.

I'm pretty sure this was colorized. I've heard the tune before, but not with lyrics. It's kinda creepy now.

Huh! So that's how it's done. It's almost embarrassing if it wasn't so darn cool.

Really, this whole post came about because I got a CD in the mail and I've been listening to it in the car. I honestly can't think of a better soundtrack for my life.

I'll jump on that bandwagon

The REAL League of Extraordinary Gentlemen from Florian Liedtke on Vimeo.

The music is by Woodkid. You should seriously check out each name in this trailer and see what they've done.
Posted by Dr. Mila at 11:59 PM No comments:

Even though there are explosions that go boom (which would not happen in space), I still think it's a lovely little story.
Posted by Dr. Mila at 11:56 PM No comments:

Get the BOOM out of the SHOT

If you're going to do it, do it right.

Here's a cleaner copy of the audio.

That's right! Anime Hell will be preforming it's 14th year at AnimeFest. This coming Saturday night, August 16th at 11pm. Bring a kazoo (or your own favorite instrument) and join in on the fun.
Posted by Unknown at 8:08 PM No comments:

Just a cute little feel-good cartoon.
Posted by Dr. Mila at 3:44 AM No comments:

The Birth of Mickey Mouse

As told by a drunk person.
Posted by Unknown at 7:23 PM 4 comments:

Work from Michael Rianda on Vimeo.

I was on vacation this last week and I have to go back to work tomorrow and I don't wanna.
Posted by Dr. Mila at 9:00 PM No comments: