How they made those pointless commercials at your local station...
Posted by Chris Sobieniak at 10:40 PM 2 comments:

And then she won first prize at the Odense International Film Festival for The Black Dog.

Mary's work will probably be the most familiar to you. She worked with Disney on Alice in Wonderland, Peter Pan, Song of the South, and Cinderella.

Look at those colors!

Today is Evelyn Lambart. When the guy she was working with got interested in ballet, she perfected transferring paper cut-outs to lithograph plates, which she then painted and animated. Here's what it looks like:

Before McLaren got on the ballet kick, they used to make films like this:

It has come to my attention that Dick Van Patten has passed away.

He will be missed, to be sure.

To me he was one of those character actors who always popped up everywhere.

I guess part of me always assumed that Dick Van Patten would keep working forever.

I'm sure he'd still be working if he could. Godspeed, Dick Van Patten.
Posted by Unknown at 3:00 PM 1 comment:

Claire Parker invented the pinboard, which is genius. This is what it looks like.

I thought, for this week, we could concentrate on some female animators. The Annecy International Festival of Animation was last week, and the kids at Gobelins have been hard at work.

Our first and oldest is Lotte Reiniger. Her The Adventures of Prince Achmed is the oldest surviving animated feature film, and every moment of it is glorious. Check it out some of her other stuff here:

I dunno about you, but i want more.

Thank you Centron!
Posted by Chris Sobieniak at 10:32 PM No comments:

RIP Phil Austin, the brilliant member of the Firesign Theater has left the planet. He was right about the comet. pic.twitter.com/mOLWTz1SNT

Here's the press release. I know I'm posting this late. 74 doesn't seem that old to me.

Anyway, shut your eyes and listen to this, so you'll know what you lost.

Also, you can watch this:

Looking for video/pics of the A-Kon Hell show 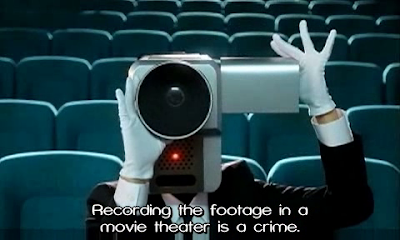 We're currently going through the video we shot at the show and will be posting the clips as soon as possible. If anybody took photos or has any video of the A-Kon Hell show and would be willing to share it with us, we'd really love to see it. Please post the links in the comments.
Posted by Unknown at 7:08 PM No comments:

So help me, Christopher Lee

He is very, very old here. Look at his eyes. He's not reading.

Look at that smile.

I'm going to miss him.

I actually thought for a minute that Goemon was being played by Mansai Nomura, who played Abe no Seimei in Onmyoji, but no. It's Gô Ayano, who played Joe in Gatchaman. Either way, I get to have very nice fantasies later on.

Danno, Katie, and I took a taxi in this year, because you can't beat class. Also, I'd messed up my heel earlier in the week and didn't feel like walking 5 blocks and paying $30 for the privilege. I live close enough that a taxi was very affordable. It really is the best way to get to the Anatole, hands down.

Somehow, our room was switched with the folks doing Rocky Horror, or vice versa. I knew we were in Video Two; but when we got there, we were moved to Video One. BECAUSE WE ARE VIDEO ONE MATERIAL. All our hard work has finally paid off.

Strong start from Danno! Thinking we were going to be next to the rave, he threw in some nice boom-da-boom (sorry, Rocky Horror!) No, really, the Rocky folks were incredibly cool about the move. I don't know who made that decision, but you guys really were very cool about it and I thank you.

Oh yeah! This year, we had a special appearance from Jason Merrill, brother of Dave Merrill, the guy what started this crazy thing. He had a snazzy jacket.

For pre-show this year, we got the kazoo orchestra set up and ready to go. Why not? It's a good activity while other things are getting handled and it keeps up from slowing down the show to handle it later. Also, kazooers? You guys rock.

Normally, we split up the "Hard Gay" and "Camay" walks by gender, but this year, in the spirit of something, we decided to forgo with such binary restrictions. Both contests went wonderfully.

New contest this year was our "evil laugh" off. That is the stuff of nightmares, let me say. We'll be posting what we have of that later.

Everyone was awesome. We had a great show. Everyone had a good time. I swear, in the last four years, these have just been getting better and better!

If you've got video, post it in the comments! We love your feedback!

Yes, I know I'm posting late. I have a new work schedule and things got wacky.

I have the sound track for this on vinyl. I used to listen to it all the time as a kid.

This is the most important song in the movie.

But this is on there too. It's a terrible movie. Someday, I'll do a blow-by-blow.