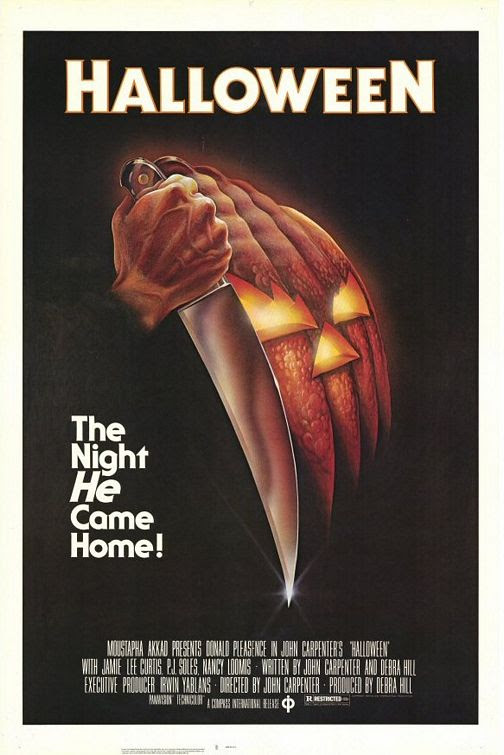 Jack & The Witch on the idiot box in time for Halloween!

I interrupt this blogcast for an important message!

It appears This TV, a digital terrestrial network available as a sub-channel on many stations across the country, will be airing the 1967 Toei classic "Jack & The Witch" this Halloween morning at 8AM EST. You owe it to yourself and your fellow man by watching/taping this masterpiece or it's too late! And if anyone wants to help out a fellow man who doesn't have this channel at all, feel free to ask! :-)

SoundHELL: Dawn of The Dead 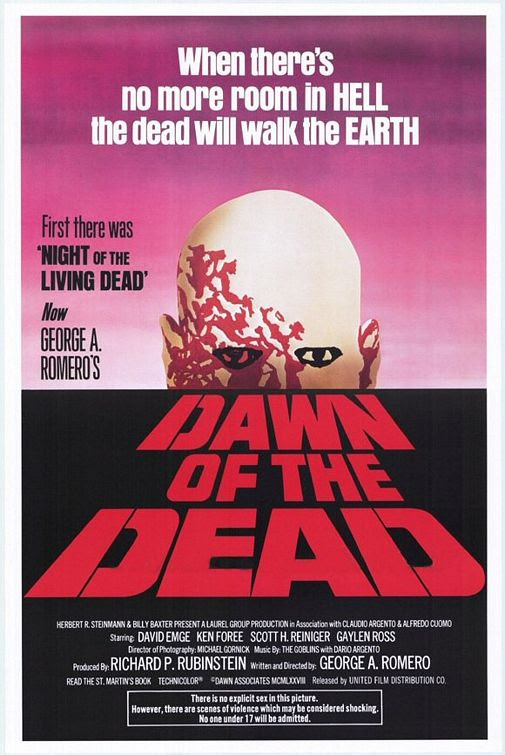 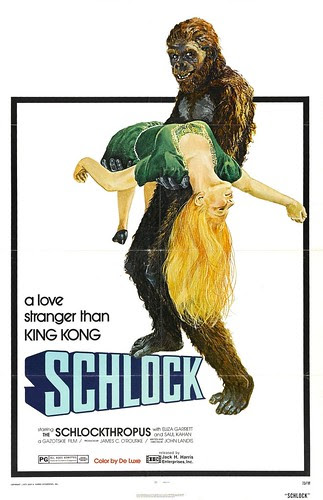 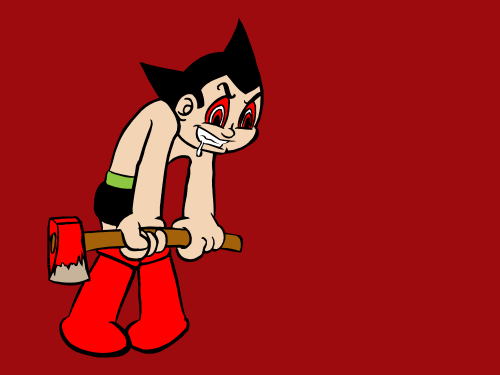 Another day, another review of Halloween Specials That Time Forgot!

Meet Small and Tender (literally), two sibs just bursting with energy as they can't wait til Halloween night so scare everyone in town with their cheapo masks (best their parents could buy 'em down at Kmart I take it). The grown-ups however have their own ideas of what Halloween should be, against the ideas the children have all the long. Malicious and Rotten (you can tell their the baddies because of their putrid colors) display their disgust of the holiday, while Goodly (the town jerk, or pansy, take your pick) insist there needs to be something in it for adults to be a part of as well. Nicely (the village idiot/whore) can't help but suggest the pretty/beauty that Halloween isn't really about, but suggests a party with Goodly fails to talk his way out of. Aside from planning the party, a need for a haunted house is thereof in perfect order, and Goodly and Rotten begin on their trek for a house worthy of a party filled with adultery (just kidding).

Meanwhile, in the outskirts of town, a witch in a run-down house crys and moans over how she hasn't gotten any work or fun out of Halloween in a long time since nobody has called for her services. Just then the two bozos come knockin' at their door, letting themselves in anyway to see the joint, and to make plans on where to stage things like a stereo for the party. The witch couldn't be more than happy to help out with her devilish surprises.

Freddy comes through the door!

Just kidding, it's only their babysitter Bazooey (the friendly neighborhood hippie, and he probably needed the job badly so he can go buy himself a brand new comb) who came to tell them a bedtime story. Being fed up with Halloween, Bazooey tells them one of a fairy godmother as the kids listen in. Meanwhile, the grown-up party goes underway in the haunted house, complete with the usual chatter, hors d'œuvres and the like. Don't ask me where they put the coats at (hadn't notice where the bedroom was in this home). The Witch comes up with a plan to use her magic wand to living things up at this party of boring gab.

After reading the story, Small and Tender go on wishing they had a fairy godmother to help them on their Halloween scare-a-thon, and because of that, their wishes transmitted telepathically to the witch, who's more than happy to leave her home to heed to the call, breaking through the window of Small and Tender's room. The kids start calling her a fairy godmother, but Bazooey's not buy it. Small asks to be a wolfman, while Tender a ghost, and so it shall be! Baoozey just goes apes--t at the thought of what is happening, and tells the witch these kids were his responsibility. After some convincing, Bazooey is turned into a Frankenstein's Monster. With the classic generic icons of Halloween festivities in place, the witch whisks them off to her house for a night of ghoulish fright at the grown-up borefest.

After scarring the crap out of everyone and everything in the place, the kids get all emo at the thought that nobody knew who they were due to their horrible appearances (gee, didn't they wanted that anyway), and wanted to be turned back to normal, but the witch's wand gets lost in the shuffle of the crowd vacating the door, so now a search through town is therefor in order, admist a mob now crying bloody murder at the loss of Bazooey, Tender and Small (how they find out they're gone I'll never know, it's one of those small towns I guess).

Will the three guys get turned to normal, will the Witch find her magic wand, and will the true spirit/meaning of Halloween be acknowledged, just watch and see!

While I gave you the jist of this special, it's look and design might need to be mentioned as well. As it's a late 70's special, it features a kind of minimalistic approach to the cartoon where the characters are rendered individually in the same color throughout most of their bodies, despite the backgrounds and other details being far more lavished with care. To say this is the work of a bored high school student is an overstatement, I think it works every effectively for the story and characterization (even though the names alone sound like ones you'd give The Smurfs). This was just one of those I saw a long, long time ago, and hardly remembered it at all until today, and it's quite refreshing to see it again after so long (old-school mentality settling in), plus I think it had a pretty funky theme song. It was produced by another Canadian outfit, Leach/Rankin Productions, Ltd. and aired on NBC in 1978, and featuring the voice of SNL's Gilda Radner as the wtich (though renamed "The Godmother" in the end credits), this special is surely a Halloween special time forgotten a tad ago.

Posted by Chris Sobieniak at 5:49 AM 8 comments:

From Atom Kids Tribute To The King "O.T."

Sean Lennon - The Astro Boy Theme
Posted by Unknown at 12:01 AM 1 comment: 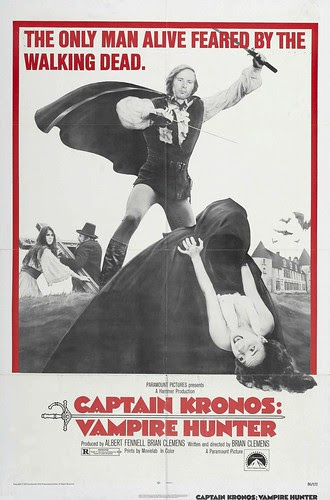 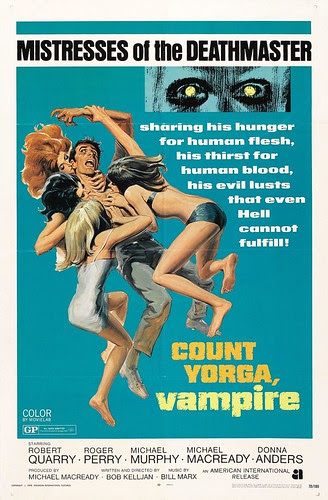 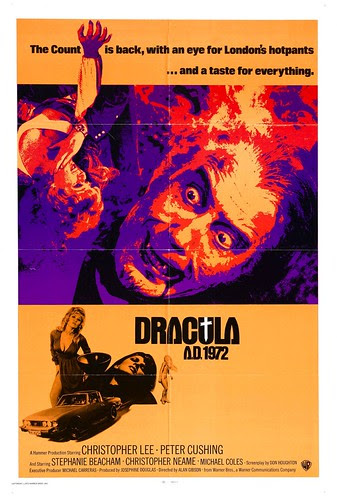 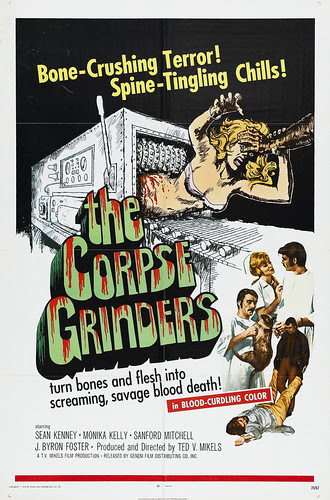 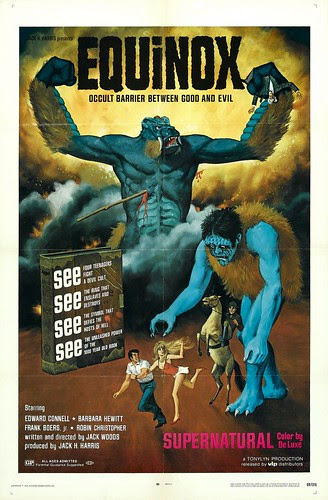 Halloween Specials That Time Forgot: The Pumpkin Who Couldn't Smile

There's nothing as sweet or sentimental as a boy and his pumpkin!

In 1977, Bobbs-Merrill, a defunct publishing firm then owned by mammoth communications giant ITT, released the fully-animated feature film "Raggedy Ann & Andy: A Musical Adventure" to cinemas nationwide. Directed by master animator Richard Williams, the film was a 85 minute musical head-trip through flights of fancy and other childish trappings. This film itself is of not importance to this review, but what I think happened next was a direct aftershock to it.

Of course it would not be the first time Raggedy Ann and her brother made it to the big screen through animation, the earliest adaptations go back to 1940 when the Fleischer Studios put out a 2-reeler story on the two ragdolls, and two subsequent cartoons were produced by Famous Studios during the decade. Course in the late 80's there would be the Saturday morning program that aired on CBS-TV for a number of years, but enough tidbits for now.

Due to whatever renewed interest Bobbs-Merrill had for it's classic RA&A property (based on the books of Johnny Gruelle) they commissioned Chuck Jones to help devlop several animated holiday specials for the next few years. The first of these was "The Great Santa Claus caper", and the other, "The Pumpkin Who Couldn't Smile". This review will be on the latter, and one that I still can't seem to wrap around my finger it's convoluted premise for a Halloween special.

It's Halloween night, and trick or treating is underway in town, all, except for one Aunt Agatha (played by Hobart Donavan) who refuses to let her nephew Ralph (played by Steven Rosenberg) go out for the annual candy run, let alone have a pumpkin. Meanwhile, admist the sounds of miscellanous voices and barks (played by Miscellanous People [and Dogs]), Raggedy Ann and Andy (played by June Foray and Daws Butler) watch as the disappointed Ralph (no relation to Ralph Philips of Chuck Jones's glory days at WB) wanders back into his darken bedroom in defeat, wondering what they could do about it. Ann suggests that Aunt Agatha may not be as mean as she appears, and that she was once a little girl herself, forgetting what it was like to be one. A plan is thereby established to go out and find Ralph a pumpkin. Along with their ragdoll Arthur, they head up to a lonely stand on a hill where the most unloved pumpkin of them all (played by Les Tremayne) who has been wallowing in his tears of pumpkin seeds, just wanting someone to take him.

Now I just set-up the premise here perfectly, and I know some people will look back and think, "huh?" I did too. I'm not lying when I say I think there's something kinda weird about the whole set-up that made less sense to me as an adult than it did as a kid, and perhaps it's just so. I just can't remember ever being attatched to a plant-based gourd the way the special ends with as if you just simply swapped a Christmas story and a puppy with a pumpkin! Ann's reasoning that "If there's a little boy who needs a pumpkin, there just has to be a pumpkin out there someplace that needs a little boy" might seem like a sound idea, yet these are plants we're talking about, face it, this thing's gonna rot in a few weeks!

For a Chuck Jones special from late in his career, it's not too bad animation-wise, and there are some clever bits of gags that go back to his classic days at WB. A mouse who bothered setting up home in the stand the pumpkin was on immedidately packs his bags up and leaves due to the disturbances of the orange guy's constant whine, leaving up a message tack to a post stating his mouse hole was for rent. Later, once Ann, Andy and Arthur (a creation of Chuck for these specials as well) got the pumpkin up and ready to go back to town, we get one of those whimsy chase sequences that include several passing bystanders and their reactions to the situation, very much keeping to the spirit Chuck had displayed on such toons as "Punch Truck" or "Rocket-Bye Baby", where it isn't about the main attraction, but the reactions by those affected by it.

Then of course you get the happy ending where a boy meets his pumpkin, and Ann shows Aunt Agatha the error of her ways, admitting in her sleep she was once a child too, an no sooner are both characters out and trick or treating with whatever they could find at the last minute (you rarely see any trick or treaters out when the ragdolls come back to town at 8:15 as Andy points out at one point in this special). Fine and dandy, of course until the day after Halloween with headaches all around! I once showed this to some buds a couple years ago, and even then I couldn't figure out the "WTF" factor of this special until I saw their responses to it. Now I question Chuck Jones' integrity even more!

Have a Very Merry Hallo, and a Happy New Ween!
Posted by Chris Sobieniak at 5:33 AM 8 comments: 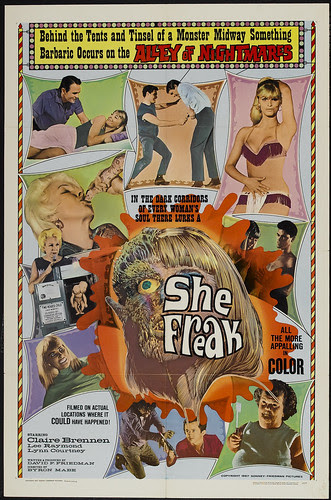