Anime North And What We Did When We Got There 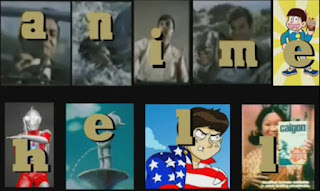 Anime North's 2012 Hell went off with nary a hitch and not a hiccup as we THREW DOWN two solid hours of THINGS up on the FOUR MASSIVE SCREENS of the Plaza Ballroom in the good ol' Doubletree. Here's what we showed:
A little bit of AACHI + SSIPAK
J-POP AMERICA FUNTIME NOW with extra CANDY CANDY
the famous underwater dance sequence from 30,000 MILES UNDER THE SEA
a preteen shootout from THE RETURN OF PERO
a disturbing Freudian image from KENYA BOY
images from various SPACE BATTLESHIP YAMATO updates and remakes and breakdancing
HEIDI and EVANGELION rendered in the medium of live comedy actors
CYBORG 009 from clunky black and white to clunky CG
a bunch of ADS, fake and real
DR TRAN letters 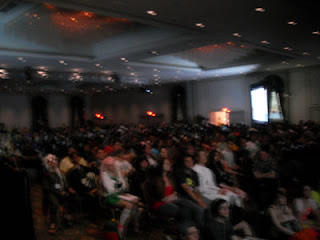 (crowds got blurry as the night went on) 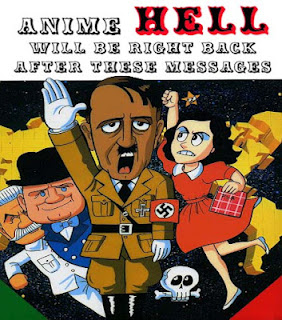 PONYO IS ON A BOAT
more ads including the famous Star Wars tuna ad, NISSIN instant ramen, Star Of The Giants for KIRIN, and Tomorrow's Joe ramen
Hertzfeld's WISDOM TEETH
Porky breakdown.  Son of a bi-bi-bi-

As a special intermission treat we screened a very special moment from the fourth VIFAM OVA and the trailer for the second volume of YAMATO 2199.  And then it was time for the 2010 SPACE BATTLESHIP YAMATO film, which lasted until 2:30 am and did not quite achieve the room-filling glory of Anime Hell. But it is a pretty long movie, and it was very late at night. See you next year! 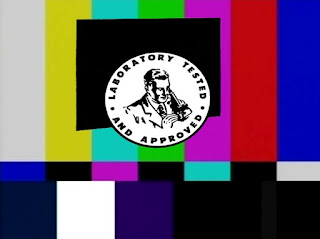 I've got playlists up for both the regular Friday night Hell and the inaugural Saturday night Retro Hell shows at Animazement, with more commentary than is probably necessary, available at the Animazement forum. Read all about our adventures in mass dance epidemics and widespread power loss!
Posted by Phil Lee at 12:34 PM No comments:

Two-fisted Hell strikes Animazement 2012! On Friday, May 25th at 9:30pm it's the new, now, happening modern world of Hell in Room 401A of the Raleigh Convention Center. Then on Saturday May 26th at 9:30pm it's Retro Hell, an encore presentation of favorites from previous Hells, in the Marriott State Ballroom A-B. Twice the Hell! Twice the action! Don't miss it!
Posted by Phil Lee at 11:08 PM 3 comments:

"Kudos for doing something different: Redux Riding Hood, the most un-Disney-esque piece of animation to come out of Disney in a long, long time. This would be my guess if Geri's Game doesn't win." - Amid Amidi 3/21/1998


"Redux wasn't really that good. If you watch it once then it's enough. It wasn't really built to last multiple viewings." - Jayjammal 3/25/1998


""Redux Riding Hood" was the worst of them. Old hat. Predictable. Tex Avery, it wasn't. And some real miscasting in the voices!" - Joseph Kellogg Bevilacqua 3/30/1998

"Notice that they're [Disney Channel] going to show "Famous Fred" and not their own "Redux Riding Hood." It proves how embarrassed they are by the fact that they hadn't a clue they were even in contention!" - Eric Lurio 3/13/1998

May is Hell month. And that means we're whipping up a whole lot of Anime Hells.

May 25th is Hell Nite in Canada. Anime North in Toronto hosts David Merrill's Anime Hell, Friday at 10pm in the Plaza Ballroom.

Meanwhile on the same night at Animazement in Raleigh, Phil Lee will get you out of your seat for Anime Hell, Friday at 9:30pm in room 401A in the RCC. And if you can't get enough, There is a 2nd show the next night. It's an evening of classic clips at Retro Hell, Saturday, May 26th at 9:30pm in the Marriott Ballroom A-B.

The following weekend there's not one, but two big shows at Project A-Kon in Dallas. Saturday, June 2nd, start the evening with Otaku Hell at 10pm, followed by Ninja Hell at Midnight. Okay, technically it's not in May, but it's close enough, right?

Come on down and enjoy the Hell with us.
Posted by Unknown at 7:00 PM No comments:

Email ThisBlogThis!Share to TwitterShare to FacebookShare to Pinterest
Labels: Doraemon

Pee-Wee: Before The Playhouse

More...
And because I see someone stuck this up, enjoy it while you can!
Posted by Chris Sobieniak at 9:08 PM 1 comment:

British Cinema Adverts of the Late 20th Century (and Beyond)

More...
Posted by Chris Sobieniak at 9:06 PM No comments:

Email ThisBlogThis!Share to TwitterShare to FacebookShare to Pinterest
Labels: advertising

I have no excuse

Anime Hell Night In Ontary-ary-oh returns on May 25 at 10pm as part of ANIME NORTH!  One-day passes are still available even though the 3-day tickets are SOLD OUT.  Be there or be plaid!!

Before you go back to your bagging job, please remember!
More...

Posted by Chris Sobieniak at 10:10 PM No comments: 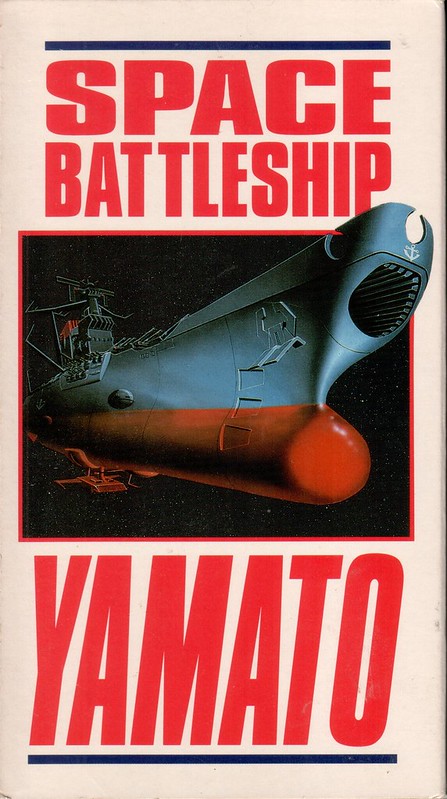 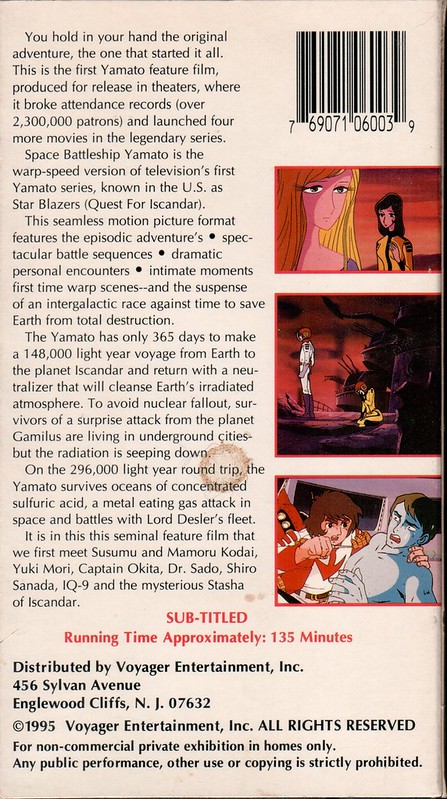 Posted by Unknown at 9:12 PM No comments:

From the Land of Sky Blue Waters...

Read more »
Posted by Chris Sobieniak at 4:11 AM No comments:

Nick at Nite: the first 5 years