This year's AWA was the first time I ever missed Totally Lame Anime and Anime Hell save for about 15 minutes from each of them. I'm kind of down on that, but it was nice to see that (from what I'd seen) the execution has become slightly closer to my approach. The laptop dualview setup works great as a modern-day replacement for the trusty multiple VCR setup since I can still add to, remove from, and rearrange things on the fly as clips are playing without anyone seeing what's going on, with the highly important benefit of not having to carry around a giant box of tapes. Plus, I don't have to navigate through menus or swap things out, so it makes everything more rapid-fire.

Last year, I didn't bring the proper cable so the entire panel was in black and white due to my stubborn insistence of not using the VGA computer cable on account of having had bad luck with it in the past. This year, I had the proper S-Video to composite adapter, but compared to VGA it looked a bit blurry. Maybe it was the projector itself, which seemed to be set up such that the color red would just bleed a whole lot. Provided that the laptop is the only input device in use and I'm not switching to another VCR or DVD player, perhaps I should consider giving the VGA cable another shot.

Not that any of that boring tech stuff mattered since this was the BEST PANEL OF DOOM! EVER. Following a well-known expose regarding the threat of the Internet terrorist group "Anonymous" blowing up school buses, the proceedings kicked off with a Japanese commercial for Mandom (cologne?) featuring Charles Bronson prancing around shirtless. And firing pistols. I know a thing or two about firing pistols, but this year marked the debut of the Clown Submachinegun:

A full playlist will be posted somewhere soon, but for now, the part that everyone is waiting for: 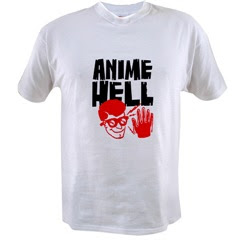 animehell
Posted by Unknown at 1:57 PM No comments: 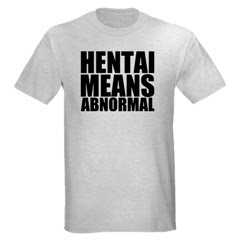 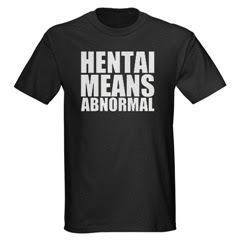 animehell
Posted by Unknown at 5:10 PM No comments:


I've written about Joe Riley's award winning public access show before, now here's a taste. This is the opening segment of episode 5, which should give you an idea of the utter coolness of The Hyp*notic Eye. While Joe isn't making wacky clip shows anymore, you can see he's still busy over at his blog, MEN-OO-SHE-A. Enjoy!

animehell
Posted by Unknown at 11:26 AM No comments: 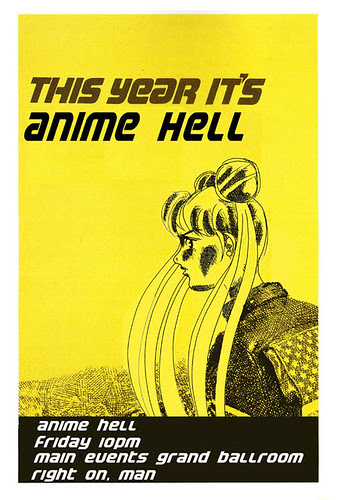 Two Dallas Shows not too bad

There was a good turn out for both Saturday night's OtakuHELL and Sunday afternoon's Matinee show. Many clips shown and much candy thrown. Thanks go out to Robert DeJesus, Hell Nurse Katie and Bruce Lewis on the microphones, and thanks to everybody who came out and shared the fun with us. See you next time at OniCon in Houston!
animehell
Posted by Unknown at 12:27 PM 5 comments: