The talents of Ken Muse, Ed Barge, Irv Spence and Lewis Marshall are being tested by rank amateurs.
Posted by Chris Sobieniak at 3:14 PM 1 comment:

Email ThisBlogThis!Share to TwitterShare to FacebookShare to Pinterest
Labels: Dogsnack 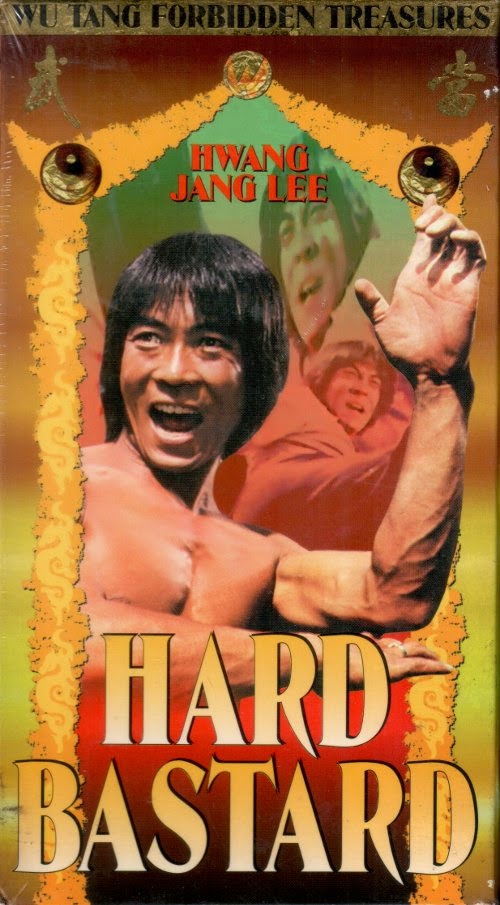 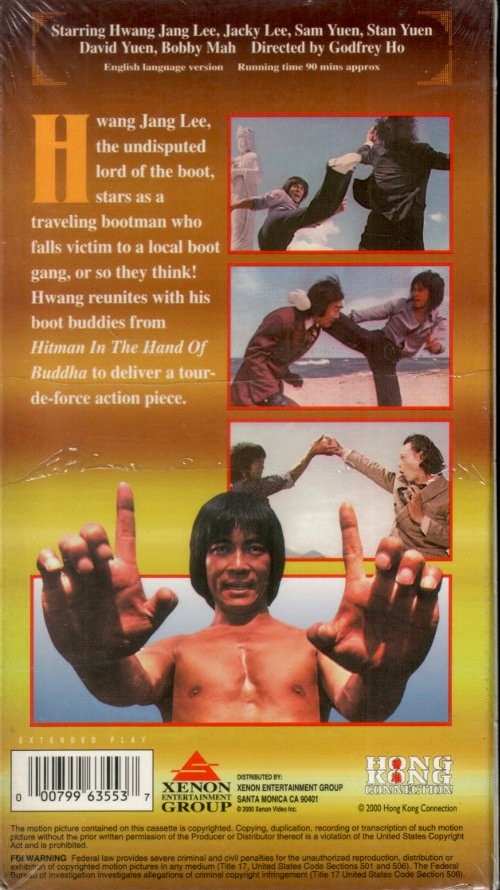 Posted by Unknown at 7:00 PM No comments:

Let's celebrate the 40th birthday of one of America's forgotten toy crazes.


Brought to you by ABC and these guys....

Posted by Chris Sobieniak at 12:37 AM No comments: 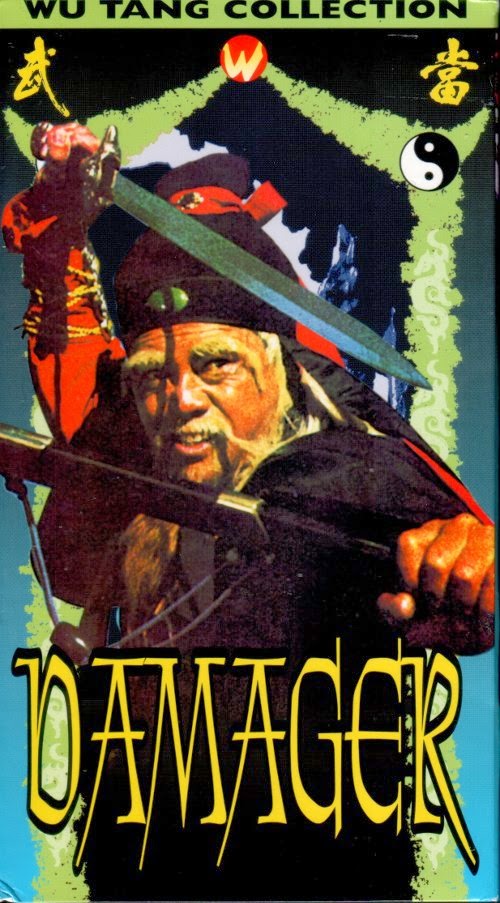 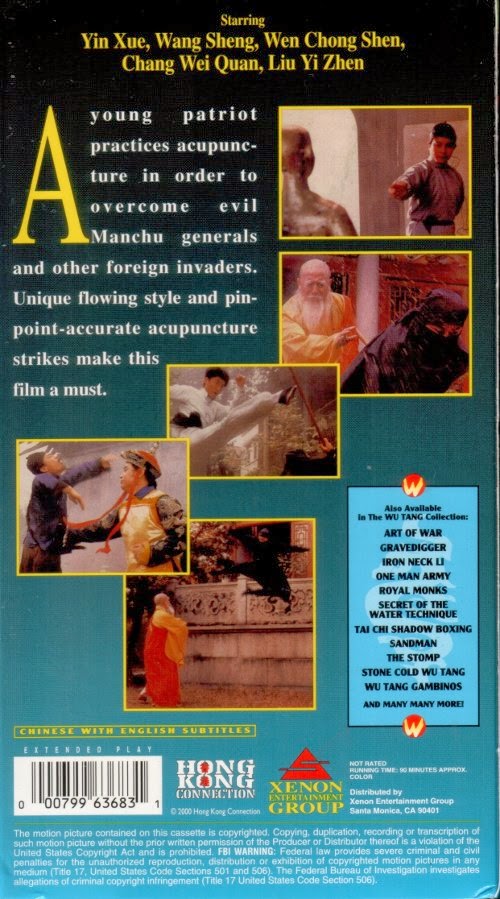 Join me in a rabbit hole

Dan and I were talking about this track, which I love, and how I first heard it on Marketplace, because I am dull and square like that.

This got me thinking...

See, I like Röyksopp, and I guess I like car insurance as well, because I dig this tune. But those graphics reminded me of something.

Oh, it was this thing by Pleix. Wait, what else have they done?

Yeah, that's dreadful. It does work pretty well with the right soundtrack, however.

Just in time for Meatless Monday, too.

Shake your stump in the air 'cause you didn't take care

It's actually part of a much longer thing.

Yeah, we can't show that. It's too long.

Things We Lost In The Taco Revolution

You may want a blindfold and a cigarette for this, comrades.
More...

Late in the last century, Taco Bell used Socialist iconography for Capitalist purposes. And somehow nobody was offended by replacing Che Guevara with a chihuahua.

Corporate HQ is in a jungle, how appropriate.

We don't want you to confuse him with Fidel Castro.

Khakis and a red beret and you're ready for guerrilla fighting in the drive thru.

Yes, it is a glorious day for tacos, comrades!

Beret tip to Comrade Chris for this VHS. 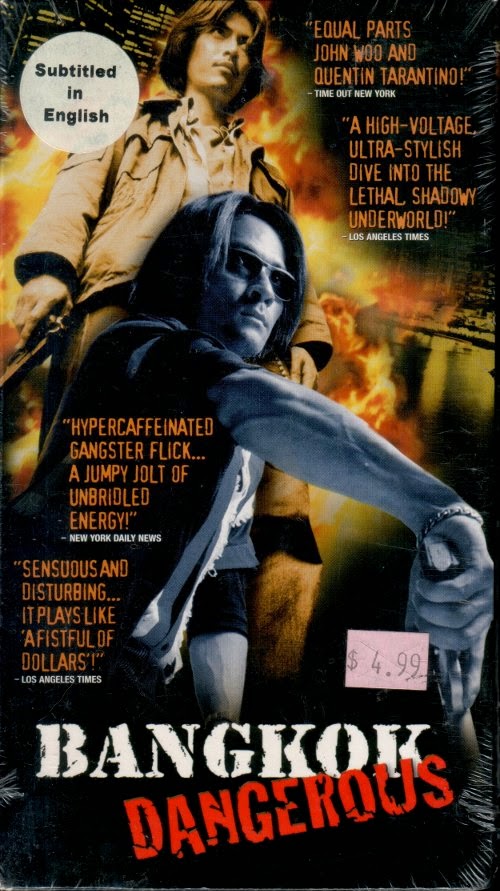 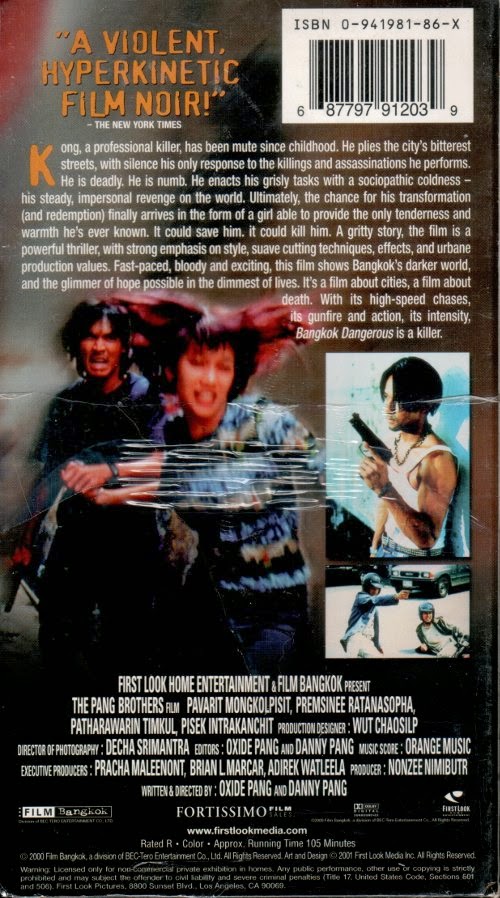 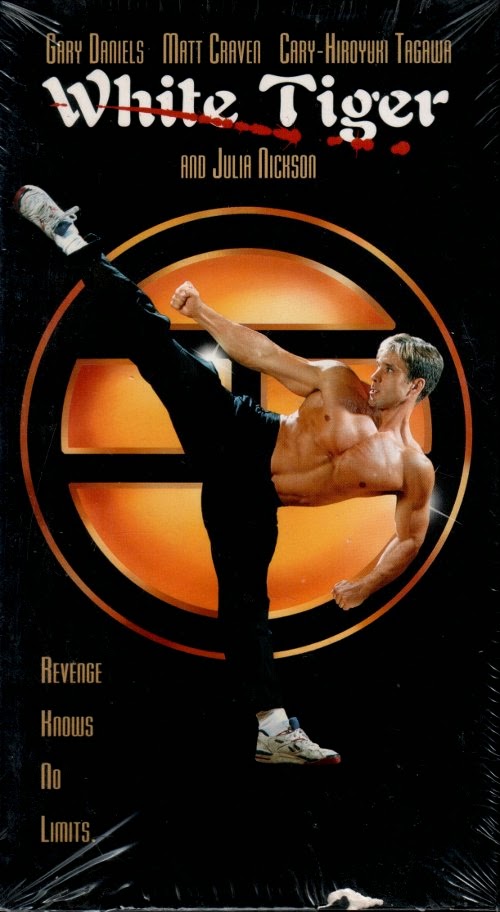 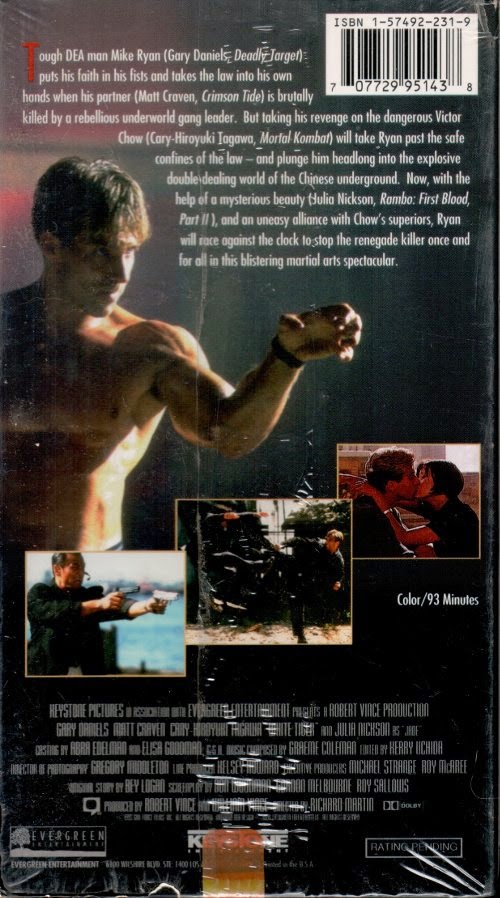 Posted by Unknown at 7:54 PM No comments:

Sample that.
Posted by Unknown at 10:12 AM No comments:

That's going to keep me up at night, now.

Luckily, there is a solution.


What a way to waste an afternoon!
Posted by Chris Sobieniak at 1:26 PM No comments: 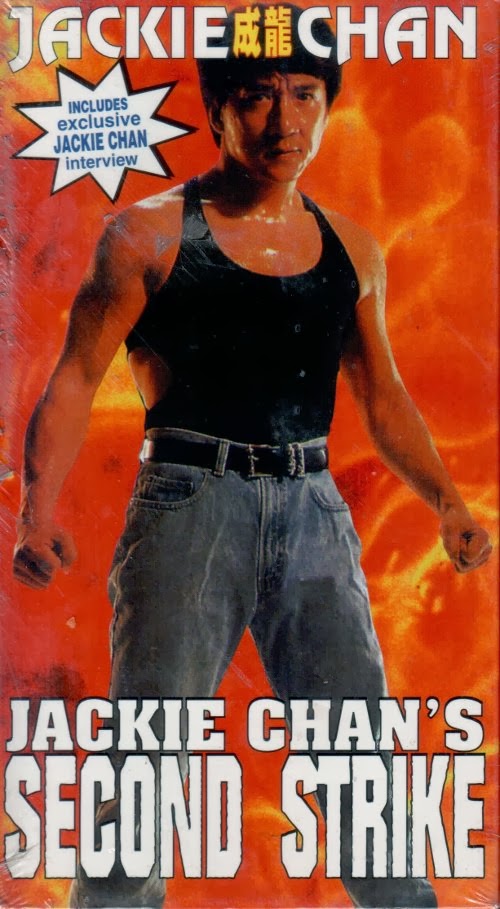 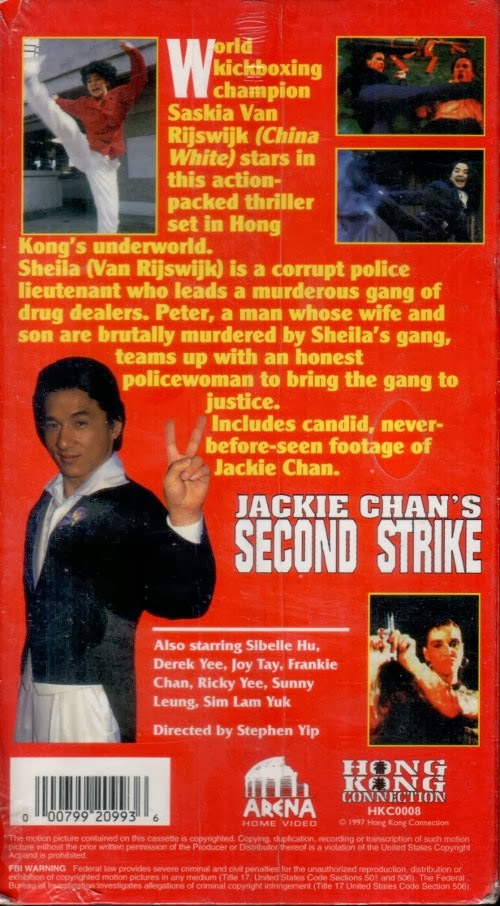 Posted by Unknown at 8:00 PM No comments:

This is going to rob nearly 20 minutes of your life, but it's 20 minutes that deserved to be robbed on something like this!

Posted by Chris Sobieniak at 5:16 PM No comments:

Grumpy Jii-san Loses his Grip and Buys the Farm

I just found out this chap passed away two months back. I'm sad to hear of it simply because I was very fond of his reviews and the unique way he went about reviewing anime while out and about in the Arizona countryside. His videos can still be view on his YouTube page but for now, here's just a sample of his work. 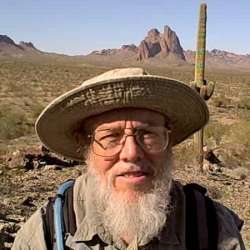 Short Peace (this time, with subtitles)

Welp, I went to see Short Peace at the Angelika tonight and I took my mom. I think we should all be able to share anime with our parents and an anthology is as good as anything.

As this was only showing the one night, I suspect we were a test audience of some sort. I was the only one who filled out a card at the start, so I won two free tickets (You can't win if you don't play.) but I'm not sure what kind of feedback we were supposed to give. There were no previews. The sound was a little louder than it needed to be, but I don't think the turn-out was as good as they had expected (and that's why you're supposed to advertise), so there were fewer bodies to absorb the sound.

Luckily, this presentation was with subtitles. So! Let's see what we got right and what we didn't.

What I missed at the beginning was the explanation that tools that are 100 years old gain a soul and become Tsukumogami.

Mom thought the kasa-obake were great, but she also collects frogs. The song they sing is basically "Here and there and everywhere. Get used up and thrown away." Our hero admires them before repairing them.

I was pretty much right about the cloth room, but the speech given is much creepier ("Am I still still pretty? Call me pretty. Mister, am I pretty?"). Once he's fixed up the ittan-momen, he asks to be released.

The final room, the prayer at the end was was on gratitude. "Thank you for your service." It was the recognition of use that saved him.

We never got any subtitles for the opening calligraphy.

The animation did a strange stutter at the start, but I think that's part of digital projection on the large screen. The kids are still adorable, but now you can make out the details.

What I did not realize the first time around was Matsuyoshi always wanted to be a fireman. When he first appears, he's holding a banner similar to what the fire brigade rushes around with and chanting "Make way! Make way!" When he sneaks out at night, it's to go watch a fire. After he's disowned (that still happens) he says he can be a fireman now.

The girl's name is Wakka (I'd called her Owaka) which means "water" in the Ainu language, so there's that.

Mom swears she's seen this story before, but not as an animated piece. We agree it's just one of those tales where there's probably multiple versions. We both agree this one has the best music and is the strongest piece.

And yes, I cried. Again.

Subtitles added absolutely nothing to this story except maybe people's names. It's still dumb.

This had the most going on so subtitles added the most.

Gin (I'd called him Jin) has saved up all his money to buy four acres of vineyard. He promised to send us all a bottle of wine.

The brash kid I'd called Nobu (that's what it sounded like), but his name in the subtitles is Rum. The action is still pretty much the same for him; the only change I'd make is he insists on firing at the 'bot while the guy with the glasses is dragging him away.

Our guy with the glasses is named Marl (or Marle in the credits), but I thought his name was Maru. The reason he hits the 'bot with a green laser is to mark it for the drones, so he's not being dumb.

The 'bot is called a GONK. And Avery was right: there's only one. The underground was the original target of the journey, but they were side-tracked by the heat of the GONK and decided to take it out before proceeding.

Everyone knew about the missile on the train and they were going to just defuse it, but then the GONK showed up. As they couldn't disarm it, it had to be destroyed, but that went wonky due to being in a subway station.

The brochure handed to Marl at the end explained how "this is a rational war".

All in all, if it does go into wider distribution, go and see it. It's worth it, even if it's only a little over an hour. Heck, take your mom.