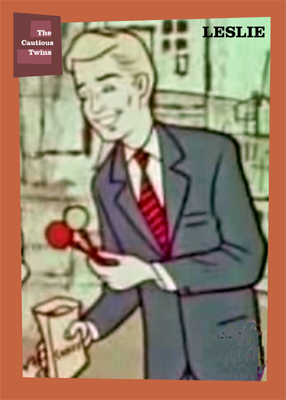 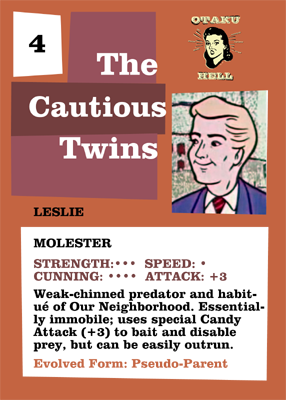 Bakshi's best movie, ever. A must see. Luckily, as of this post, you can still get Heavy Traffic on DVD or even rent it from Netflix! SEE IT TODAY! Or, like Bakshi's Bustin' Out, you'll miss your chance.
Posted by Unknown at 8:59 AM 6 comments:

I keep threatening to post this. So I'm posting this.

There's an article over at io9 about animation cells for "Akira" and it got me thinking about my experience with that anime.
More...

When I was a freshman in high-school, there was a guy two grades above me I was kinda sweet on. He was also kinda sweet on me; and, as a result of my almost-womanly-wiles, he lent me copies of his "Akira" comic.

We didn't call it manga then, but a comic book. That may sound dreadfully uneducated now, but there was no perceptible difference then between a comic and a manga except "Akira" was the coolest comic ever. I was lapping them up as quickly as I got my hands on them. The insane detail! The implied action! Sure, it was all in black-and-white, but you could tell there was a lot going on and it was a great story.

Then, on a tour of homes, the guys who had bought the electric house (that had been built for the 1936 Texas Centennial Exposition in Dallas) were playing "Akira" on a TV in the corner. My interest in early art-decco architecture was immediately replaced with a need to get a copy for myself.

"You have to know people," he told me.

And I did get a very fuzzy VHS copy, no subtitles, no dub, and I watched it and my mom came in and asked me about my "cartoon". Even she was mesmerized by the action. I sat on the couch trying to explain what I thought was going on, based on the "comics" I had read.

Looking back on it, I think part of why I love it so much is what I had to go through to get it. There are two spices in life that make everything taste better: free and forbidden. The unavailability of "Akira" made it rare and wonderful.

So let's fast-forward to the present day and forget about my sentimentality.

I'm not going to bother talking about the plot. If you don't know it, you go look it up right now. It's great and covers the Holy Trinity of a good anime story arc: kids with cool technology, political intrigue, and quasi-mystical Things Beyond Ourselves.

The animation itself is precise and fluid. This is one of the first and few anime where the mouths were drawn after the vocal track was recorded, and you'll really see that if you watch it subbed. People move naturally and the action never lets up. The ending is all the more impressive when you consider it was drawn by hand. I shudder to think what a cock-up a CGI version will be.

The soundtrack is iconic. If you can't be bothered to watch the flick itself, at least listen to that soundtrack and the layering involved. If you're lucky enough (or a completist like me), you'll watch the extra disc that explains how Geinoh Yamashirogumi (a musical collective) did something that hasn't been done since. You'll also get to see how their work on that soundtrack basically invented Cakewalk and made electronic music what it is today. For reals. Find a copy of the second disc and watch that documentary.

It's a stunning piece of animation, and one that's been mostly forgotten due to its age. If you want to introduce someone to anime, I'll recommend time and time again.

And, if nothing else, it gives you something to shout across a crowd. 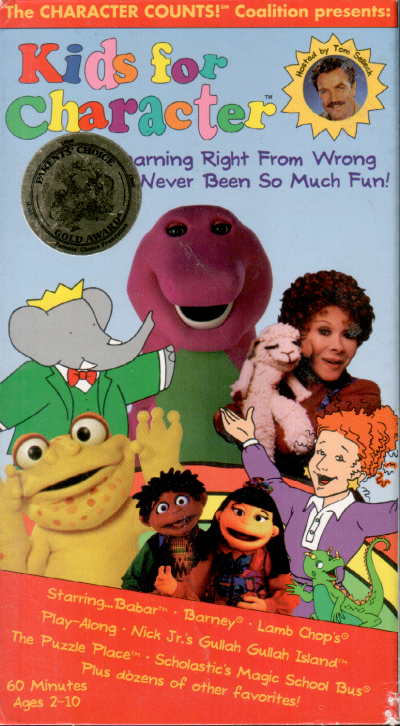 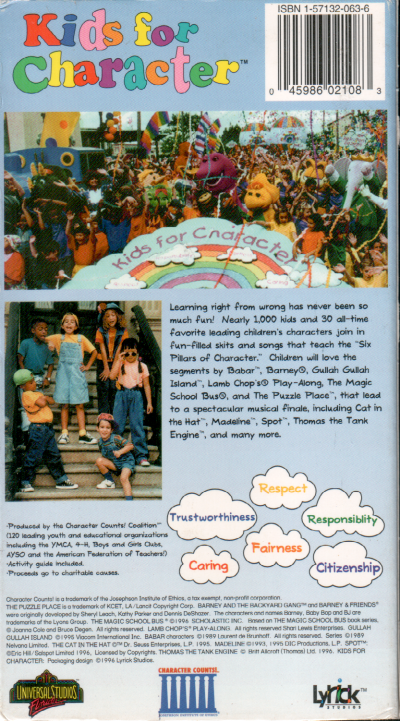 The Cautious Twins: Made for Trade 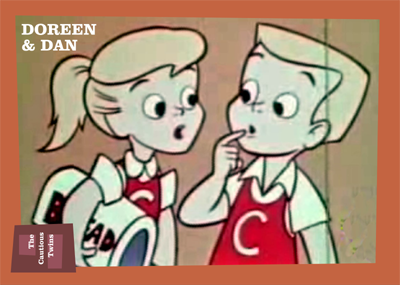 It's Trading Card Tuesday! Collect them all! 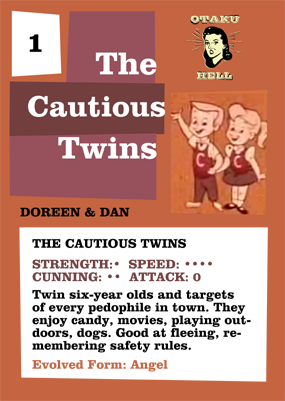 Designed by our very own Bruce Lewis! Way cool!
Posted by Unknown at 10:02 AM 3 comments:

So, A-Kon was this weekend.

And that was a mighty barrel of laughs, indeedy-do. It always has a kind of "high-school reunion" feel to it, but I think that might be because I went to high-school with a couple of folks who used to be something over there.

Friday night was a lot of wandering around, saying hi, drinking.

The hotel also had a couple firepits on the patio at the newly opened (well, it was closed last year) bar. I thought it would be nifty to roast marshmallows in them and bought some for Saturday night. And bamboo skewers.

Dan comes over and we make a run to a liquor store. Back at the house, we figure out how to get his netbook running with a projector. It takes some fussing, but we now have that worked out, so that's one down. The technical problems should be okay after that, right?

No, wait, that's at 9 PM. The show isn't going to start until midnight. A lot can happen between then and now. I mean, this is A-Kon and there's going to be some egos involved. It's not technology that's going to fuck us; it's logistics.

The room that's been assigned to Anime Hell is occupied when we get there. Dan had requested a thirty-minute set-up time, but at 11:30, the guys in the room are far from done. As a matter of fact, they're turning over the laserdisc when they're supposed to be clearing out. A laserdisc. Of Project A-ko. A laserdisc.

Namesake be damned, we've got a line.

Fifteen minutes after twelve o'clock, the room starts to empty. We now start the set-up.

This is why Dan asked for thirty-minutes.

While Dan is trying to get the projector to get a signal, some random guy (someone on staff) hops up and says, "Let me show you a little Windows magic."

Daily basis, yo. Over the phone. To bankers. I think I can do it when it's sitting right there in front of me.

So I'm watching "Windows magic" guy and he's just sitting there on the display properties settings tab and "just can't get it to detect". This is frustrating and it's eating up time. I go up there to get it set up and now there's three guys trying to show me how to do it. (I am vaguely reminded of the people whose cars run on shame; they don't have any horsepower until I pass them.) No one was interested in this until I started working on it.

Did I mention this is all happening in the dark?

Yeah, the control for the lights is in the next room, where the rave is going on.

Con ops is now dreadfully interested that we get the show up and going because the huge-ass line I mentioned earlier is still standing out there, waiting to get in. They've been waiting since 11:30. It's now 12:45.

Thirty minutes after we got in the room. Funny that.

OK! We have sound, we have video. Wonderful Katie has been handing candy out to the kids in line, who are being wonderful sports about the whole thing. We get them in the room. In the dark.

At some point during the show, Dan has to slip out of the room for a drink of water. We don't have water in the room, but there's a cooler just outside the door (five steps, tops).

I've got to say that I do appreciate the amount of water that was available for the con. I think this was provided by the hotel and mad props to them for that because it was 100 degrees Saturday and keeping hydrated is insanely important down here.

And it even had ice in it!

So Dan walks five steps: one, two, three, four five....gets drink of water and turns around: one, two three, four, five... to go back into the room and run the show.

And the door-nazi asks to see his badge.

Wait, let me back up a bit here. Neither Dan nor I had badges. Three separate people were supposed to get them, but that didn't happen, so whatever. We did wait twenty minutes for an elevator to the third floor where con-ops was, but con-ops (who knew who I was when I said we were from hell) said they didn't have badges for us because we were "exceptions" and "exceptions" was closed.

Now, I did get a badge from Ed, who was running karaoke, but that was because he was in the bar getting Eileen drunk after their gig. It was actually Eileen who gave me me her badge, but that also had the best misspelling of my name I've ever seen, which is doubly hilarious because I wasn't even working the karaoke room this year.

Back to our story. Dan is standing outside the door, arguing with the door-nazi about how he's running the goddamned event and needs to be let back in. This is when Ed comes by and says, "Hey, he is the show," and the door-nazi takes Ed's word and lets Dan back into the room to the event that he fucking runs.

Enraged, Dan comes back into the room, rants a bit, and throws fist-fulls of candy at the audience. "I'm not taking this shit home! We have a table of prizes! I don't get paid to do this!"

The rest goes pretty smoothly. Contests include a Hard-Gay pose off, a Heino-imitator-imitation run, and seeing who can do the Camay girl walk the best. I promise a prize to anyone who can provide a spoon because we have some "Tick" figurines to give away. Interestingly enough, someone does. I throw candy cigarettes.

At three in the morning we are DONE with the show. There is an eerie quiet in the room.

"WE OUTLASTED THE RAVE! WE ROCK! NOW GO TO BED!"

While collecting our things, we discover there's a passed-out audience member in the stands. He's completely unresponsive and con ops has to be called in to ask him who he is and if he knows where he is. Someone says, "I can call his parents."

The girl who's been sent in to reset the AV equipment has a Nokia 1100 phone (the one with the flashlight!). I used to have one of those and I miss it at times. I hope the soldier who got it appreciates what a fucking fantastic phone that is.

"That's the best phone ever," I tell her.

"Don't ever get rid of it," I tell her. I still have the marshmallows and bamboo skewers in my bag. "Here," I hand them over. "If they ever get those firepits at the bar restarted, you have to go roast these." 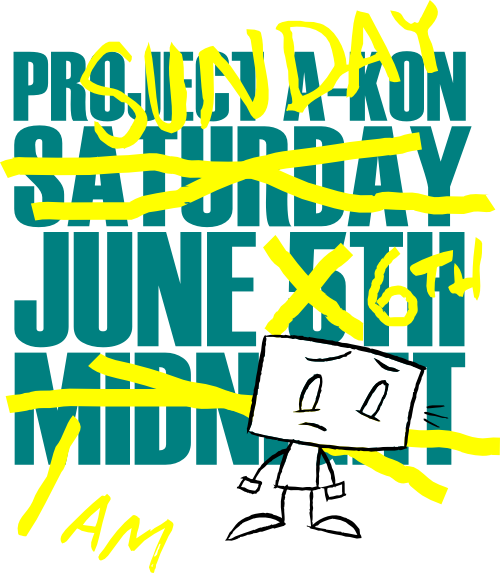 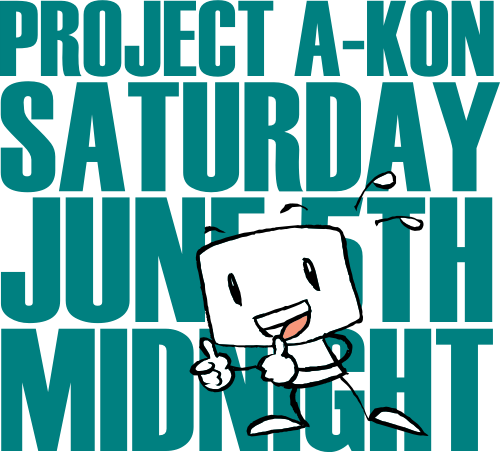