Posted by Chris Sobieniak at 1:43 PM No comments: 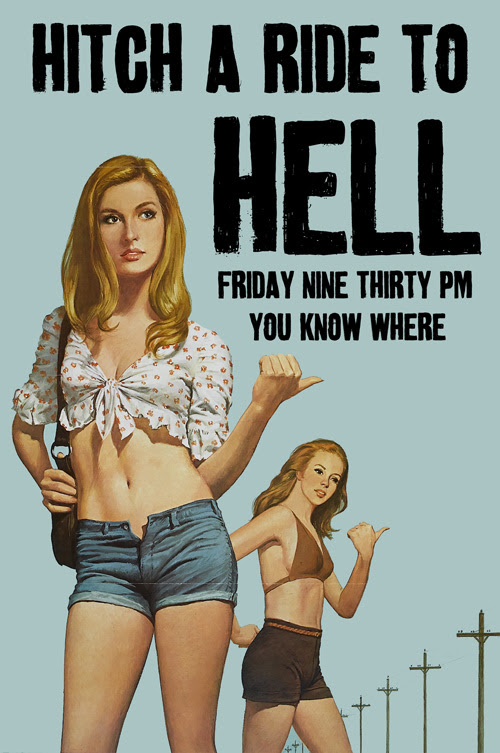 The 2010 Animazement Hell went over like gangbusters, with a packed house of roughly a thousand folks digging on everything we showed...except "The Mashin' of the Christ". Ah well. You can find a complete playlist at the Animazement forums. Kudos to this year's Hell crew: David Smith and new Hellions Cameron Blashka and Chris Cullpepper.
Posted by Phil Lee at 10:53 AM 7 comments:

Posted by Chris Sobieniak at 6:15 PM No comments:

Email ThisBlogThis!Share to TwitterShare to FacebookShare to Pinterest
Labels: Pac-Man 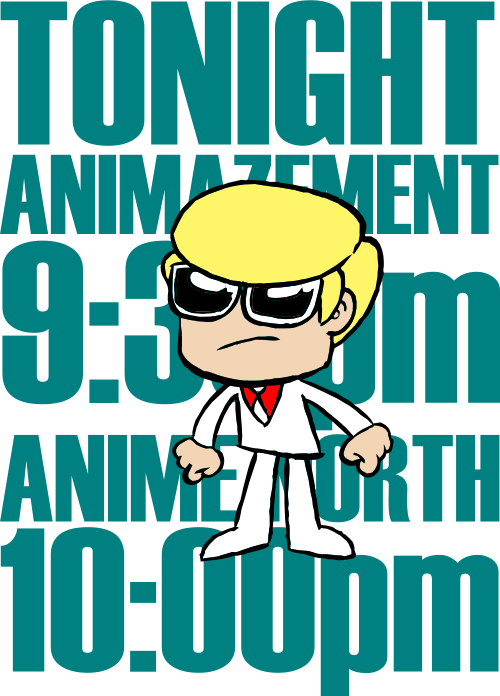 Posted by Chris Sobieniak at 9:48 AM 6 comments: 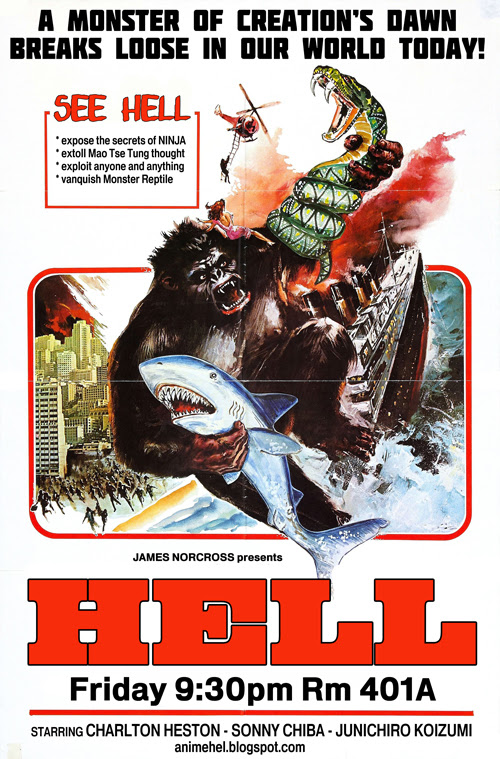 PAC-MAN: for the home

Remember when Pac-Man was even a board game? It happened!


I remember having one of these computers and played that version of Pac-Man on it (similar to the 5200 release). This comes from the classic Nickelodeon series "Mr. Wizard's World"...


What did you expect, "Pac-Man Fever?"
Posted by Chris Sobieniak at 2:07 PM No comments:

CPF Reviews: "They Took the Word 'Gullible' Out of the Dictionary," a critique of "Alien Abduction, Incident in Lake County"

CPF Reviews: "They Took the Word 'Gullible' Out of the Dictionary," a critique of "Alien Abduction, Incident in Lake County" from Corn Pone Flicks on Vimeo.

CPF Reviews' second episode takes a sarcastic look at our fascination with alien visitations via an especially spurious piece of evidence that the American public nevertheless swallowed with great enthusiasm.


SHAMELESS BONUS!
(hope nobody remembers this!)

Posted by Chris Sobieniak at 4:21 AM 2 comments: 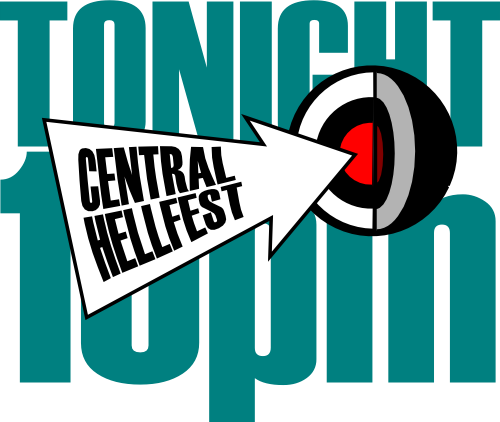 PAC-MAN: as a cartoon 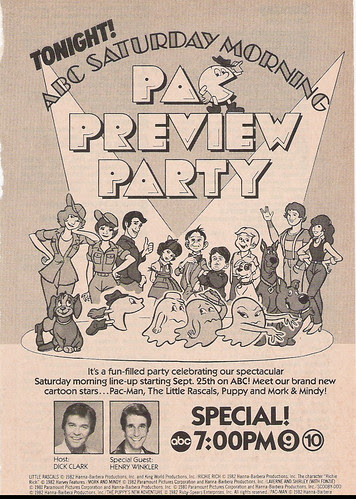 I wanted to put up a second season episode for comparisons, but there wasn't too many complete episodes in the sea of YouTube incompetence, but you get the idea! 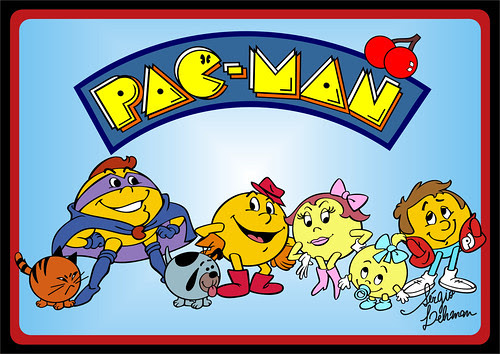 Posted by Chris Sobieniak at 2:47 AM 7 comments:

Email ThisBlogThis!Share to TwitterShare to FacebookShare to Pinterest
Labels: cartoon 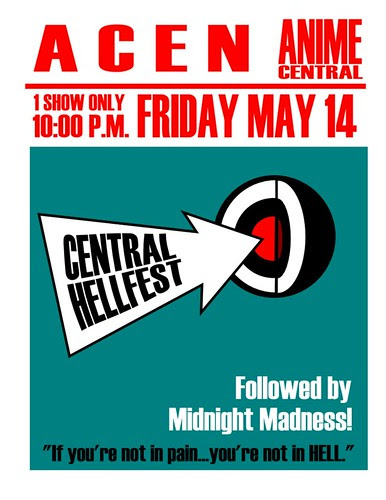 Okay, I think nearly a month is enough time to calm down after what happened.

First of all, I had a feeling that this show was off to a bad start when I didn't hear anything from any convention personnel for two months. We only found out what day our event was after a fan mentioned it in passing to us. As a result, we headed down there without any guarantee of passes, crash space, or equipment we needed them to provide (I'm a poor college student and a projector and sound system are a little pricey for me).

Turns out, they were also too pricey for the convention. No one there had read any of the emails I sent, so they were surprised that I didn't bring a full sound system, two microphones, and a way to hook up my equipment to their 10+ year old projector. As a result, we literally started half an hour late, unable to show any material. And when we finally could, we had to have our tech guy (one of our crew, not the convention) hold one of the two microphones to the speakers of the projector.

Once we got started, we had some fun, but the complete apathy of the staff and a heckler made this show very rough.

Fans, I'm really sorry. I felt that this particular show wasn't the quality you've come to expect. And regardless of whatever other people may do to us, I should still be able to throw a high quality show your way, and I plan to work on my showmanship to make incidents like this one never happen again.

That said, in terms of numbers we had about the same number of people as Ikkicon IV. So, we must have done something right.

As for what we showed:
We're not going back there again, and I would really warn anyone who thinks this convention sounds fun: if you want to feel like you and your audience have been dragged through a dirt field covered with salt pellets, and only then, would I recommend this convention.

On that note, let's never speak of this convention again. EVER.
Posted by Kubu-kun at 1:14 AM 6 comments: 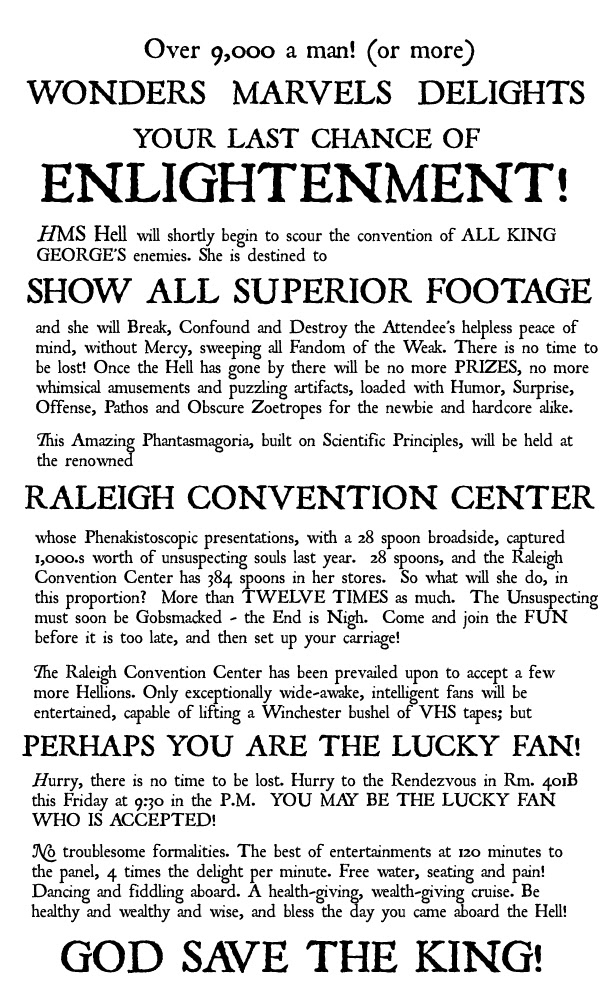 Hell will be presented at Animazement in Room 401B of the Raleigh Convention Center on Friday, May 28th at 9:30pm.

UPDATE: Check out all the fun in the Animazement HELL forum thread!
Posted by Unknown at 10:00 AM 1 comment: