WE'RE GONNA HAVE A GOOD TIME!
Posted by Chris Sobieniak at 5:00 PM No comments:

Anime Hell at A-Kon 24 this Saturday!

Come and see Anime Hell at A-Kon! The madness starts at MIDNIGHT!

Followed by ninjaHELL riffing on the classic 1982 made for TV movie MAZES AND MONSTERS! Starring Oscar Award winning actor TOM HANKS in a realistic portrayal of role playing gamers in the early 80s that will move you deeply!
Posted by Unknown at 4:50 PM 1 comment:

If you didn't make it to Anime Central this year here's the Opening for Gavv's Anime Hell.

BONUS: Get the heck out!
Posted by Unknown at 10:47 PM No comments:

I was reading about the hero Rostam today and figured there had to be an animated version of his exploits.

This has nothing to do with him, but I thought it was a cute piece. All you have to know about the opening credits is it's a game. 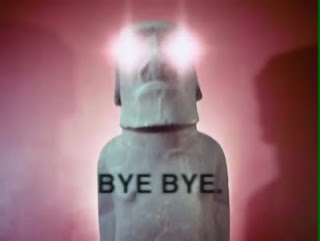 Hell rocked Animazement 2013 with roughly 1400 attendees on hand for the festivities. I've posted the playlist on the Animazement forums so you can enjoy the experience in the privacy of your own home. As always, kudos to Hellions Cameron Blashka, Jared Blashka, and Chris Culpepper for making the Animazement Hell experience possible.
Posted by Phil Lee at 7:28 PM 1 comment:

Hell returns to Animazement at 9:30pm on Friday, May 24th, 2013. Truth and beauty will be unleashed upon the unsuspecting in 401A-B of the Raleigh Convention Center. Join us.

Last Friday, while waiting for my fried dumplings to be delivered to my door by adorable Chinese people, I watched "Pontypool". It's a not-zombie zombie film and only has a couple moments of gore, but it's a very tightly wound little thing. It will hardly take you any time.

These opening credits may not look like much, but they do hint at what the movie is really about: infected language. Actually, I'd suggest you see it, then come back and listen to this narration. It will all fall (say that three times fast) into place.

What this is (besides twelve minutes too long for some), is an example of semantic satiation. The phrase "come out to show them" is repeated and looped so many times it becomes meaningless. Reich had done something similar with It's Going to Rain, but that's a more glitchy piece and doesn't really demonstrate the effect.

I'm pretty sure most of us have experienced something like this before. Sometimes, it's just gibberish.

Being in a high-pressure field, like sales, and constantly bombarded with complex and seemingly meaningless terms, it's no surprise that this poor fellow has had a stroke. We see it from his point of view, so it looks more like a shift in the world.

I am very disappointed that his wife did not have him checked out while they were at the hospital. Poor guy needs some serious help.

Or it could just be that he's in an independent movie about communication.

You may have seen this before. What happened is the poor lady had a mini-stroke on the air. The language parts of her brain just stopped working.

She's not alone. I really feel bad for that poor Russian (Romanian?) lady at the half-way mark. Note how she touches her throat when she knows something is wrong.

I will say, I respect these folks for soldiering on.

If you go looking for "gibberish" on YouTube, what you find, mostly, is people talking about how to speak gibberish. This is good, I suppose, as I have trouble doing it myself. I need to find the order in things.

I'm going to post this whole thing, and be aware there are some parts that are NOT SAFE FOR WORK, but the part I'd like to draw your attention to starts at 8:30. Note the subtitles and what isn't translated. Think about how little of that scene would make sense in 1998. YouTube? Facebook? Twitter? It's all gibberish. We have words for things that didn't exist ten years ago, and that are now integral to our lives.

I know it's a few years old, but again there's a level of gibberish here. The reason this is Japanese (and with no subtitles) is to make you listen for the words you DO know. Computer, browser, On-line service, double-click...none of these are Japanese words. That's part of what makes Mina's complaint "Oh, just say it Japanese!" so funny. The gag won't work in a dub.

So, going back to Pontypool, think about the opening sequence and how he explains what words mean in French. The dub destroys the entire bit of narration (and a major plot point in the film). It is amusing to me that Mrs. French has been transformed into "Madame Anglais".

Maybe it's better to not understand.

Posted by Unknown at 8:30 PM No comments:

Danno pointed out that there will be food trucks at A-Kon this year.

"You did good," he said. "You made things better."

Last year, A-Kon was in downtown Dallas, where there are many places to get something to eat. This year, it will be at the Anatole, which isn't close to anything unless you have a car.

My mom's neighbor, Brent, is currently building the Sylvan|Thirty development at the corner of (drum-roll, please) Sylvan and highway 30. While he had the land, but before he had the permits, he had a couple of food truck events at the location.

I had written to Brent to ask him about his food truck contacts, and if they could get in touch with the Anatole about being out there. I know hotel food is crazy expensive and there needed to be an alternative for folk without cars (or limited access to one).

So, the other day, Danno tells me about the food trucks. I immediately wrote to Brent. "I don't know if you had anything to do with it, but it looks like we'll have food-trucks this year at the convention. If so, great!"

Now, this worries me. My dad was an eighty-years-old journalist. He hated that I was involved in conventions at all and though the type of people who go to them are just a waste of time. I had forwarded him the blog of someone from the convention and asked what he thought. He said, "Don't ever waste someone's time like that again."

So, here's the deal.  If you get food poisoning from one of the food trucks, it's not my fault. But here's how you might appease the ghost of my very cranky deaddad:

When you are telling someone about it, make sure you mention the who, what, where, when, why, and how. Extra points if you include the who else and what next. Use an Oxford comma and don't bury the lede.

And Brent's a cool guy. He always called Dad "young-timer". If you're in the area, come see Sylvan|Thirty when it opens. It's going to be really neat.
Posted by Dr. Mila at 2:34 AM 2 comments: 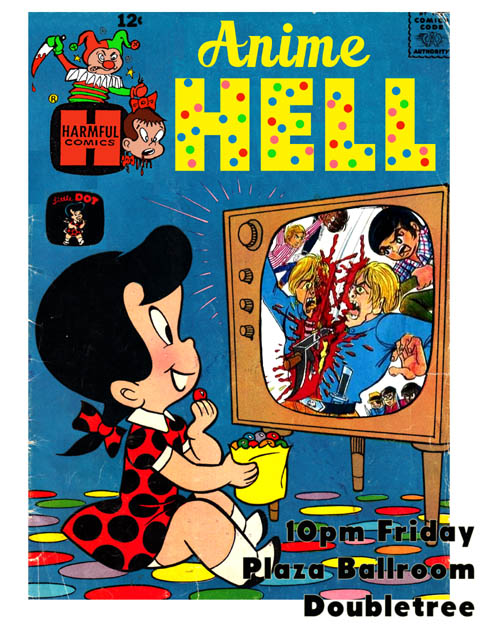 part of Anime North, May 24-26, Toronto Ontario Canada!  Be there or be hexagonal!  Followed by our midnight movie presentation of MESSAGE FROM SPACE.
Posted by d.merrill at 10:08 AM No comments:

"Two Chips" / An Animated Short from Adam Patch on Vimeo.

Posted by Unknown at 4:30 PM No comments:

Omelette from Madeline Sharafian on Vimeo.

Hattip to Jess Fink
Posted by Unknown at 12:30 PM 1 comment:

Lupin of THE FUTURE!!!

Email ThisBlogThis!Share to TwitterShare to FacebookShare to Pinterest
Labels: anime

Animating with individual atoms. My mind just exploded a little bit.
Posted by Unknown at 9:24 AM 4 comments: