Oh man, is this thing 16 years old already? This film is old enough to drive.
Posted by Dr. Mila at 6:08 PM No comments:

If you're an Animaniacs fan, you've probably seen this video already. How'd you like to see it performed LIVE? This Friday, October 27th, in Arlington, there's gonna be a show. You can find tickets through here.

Doesn't that sound like fun? Well, more on all that here. If you can make it out, let me know how it goes.
Posted by Dr. Mila at 9:29 AM 1 comment:

Here's a sure Oscar contender!


"A married cat-dog couple of cupcake bakers dream of opening their own bakery. One day their oven breaks and they have to postpone their dream in order to earn money and replace it. Somewhere down the line, they drift apart from their dream and from themselves."
---
"Here's the plan" ("Este es el Plan") is a 18-minute CG animated short film from Chile. Directed by Fernanda Frick and financed by the National Council of Culture and Arts, it took almost 2 years of work and a talented team of 32 professionals to finish it.

Posted by Chris Sobieniak at 9:24 PM No comments:

How to induce vomiting in kittens

Can I just say this was not the best sauce in the world?

I know a lot of people are really unhappy right now. You didn't get the sauce. I mean, let's really look at this stuff. 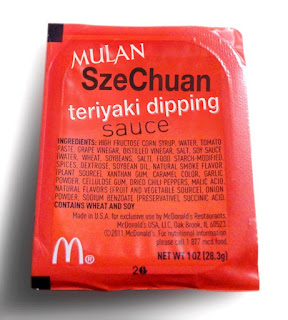 That's not terribly exciting. But! Here's a fun Sunday afternoon activity. Make some!

Simmer at low heat, stirring with a whisk.

You can adjust this to taste. Less sugar, more chili, it's up to you. I used the last of my Habanero Ketchup and couple packets of chili paste from some noodles. The more sugar you add, the thicker the sauce will become. Don't let this come to a boil!

But this was never about the actual sauce, was it?
Posted by Dr. Mila at 1:08 PM 3 comments:

In the classic tradition of Roger Rabbit, Space Jam, Looney Tunes: Back In Action, Cool World and perhaps that Evil Toons slop, comes yet-another live-action/animated feature pitch sure to evoke pleasant memories of yesteryear with it's fine 2.5 Dimensions of Animation Prowess!