A Conversation With Don Hertzfeldt 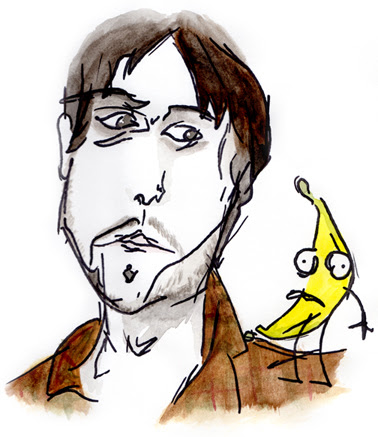 Bridgerack has posted a 4 part interview with one of our favorite animators, Don Hertzfeldt. Read part one HERE

animehell
Posted by Unknown at 9:06 AM 2 comments:

animehell
Posted by Unknown at 2:25 PM No comments: 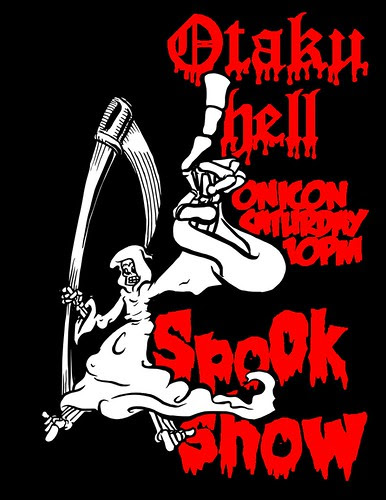 AWA hell report of the hell

We slid in around 9:30; Neil was executing North Koreans. We got some orientation and let the crowd settle in once TLA was over. At 9:55 we started running DUCK AND COVER, the "Bert The Turtle" educational film about the atomic bomb. A little after ten we tossed out some candy, hit the lights, and we were on our way. 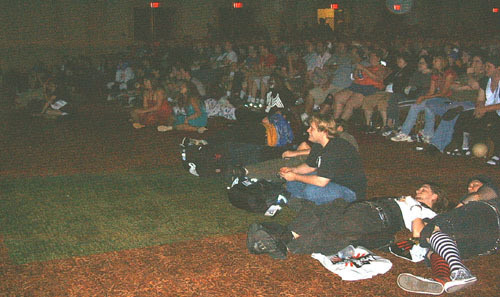 Playlist included a song from Cinema Insomnia, the Japanese opening credits for Birdman, Space Ghost, and Josie & The Pussycats, an insane Chinese children's cartoon I like to call "Gourd Boy" (the tech staffer working the booth had seen it as a child in Hong Kong), Johnathan Ross's Otaku Reports, the opening credits to Robot Keiji so everybody can see who Johnathan Ross is cosplaying as... 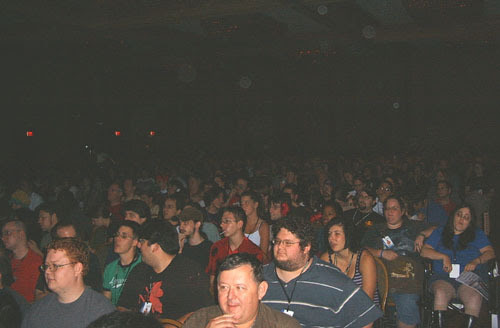 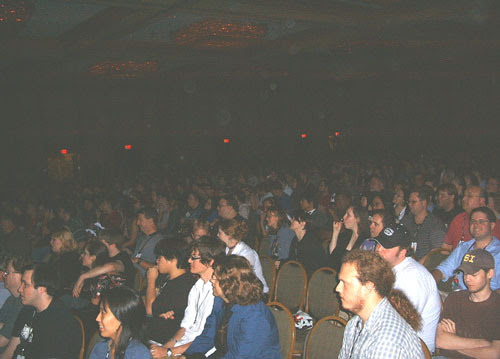 ... clips from the Japanese and English versions of FUTURE WAR 198X, Elvis Presley visiting Zambot 3, the Hertzfeldt film "Billy's Ballon", "Dr. Tran" and "Roybertitos", and other clips. Interspersed through it all were still images from the Stupid Comics feature or images I'd collected or cobbled together via photoshop. 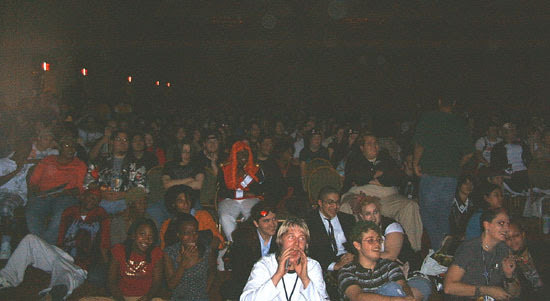 At the halfway point we distributed moist towelettes to the audience, which they seemed to appreciate. As always some of the material was more popular than others, but unlike last year I didn't start losing audience at the 70 minute mark. There were 900 chairs in the room and those were 99% filled (you can see in the photos a few empty chairs due to merchandise or particular fatties taking up two seats)and the back wall was filled with standees and the front was filled with campers.

I ran off two DVDs edited and burned in sequence, so I didn't have to do anything but switch discs and add color commentary. As a result things were smoother, funnier, and generally more entertaining for everybody. Hell wrapped up about ten minutes past midnight with the entire Earth being destroyed via footage from LAST DAYS OF PLANET EARTH, and we were off for pancakes! 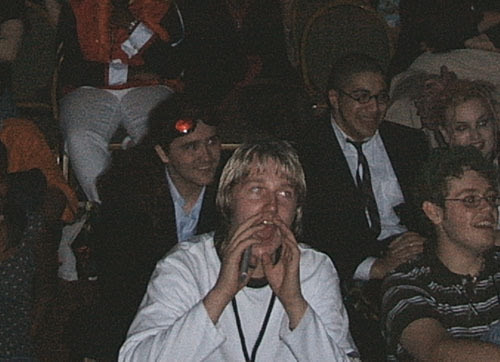